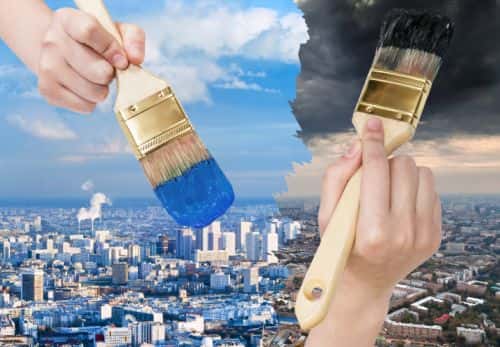 The U.S. Environmental Protection Agency (EPA) has announced stricter national ambient air quality standards, and some organizations representing clean fuel technologies suggest the changes could be a boon to their respective industries.

Specifically, the EPA has updated the ground-level ozone standard to 70 parts per billion (ppb) from 75 ppb. As the agency explains, ground-level ozone forms when nitrogen oxides (NOx) and volatile organic compounds (VOCs) react in the air. The EPA is also strengthening the ‘secondary ozone standard’ to 70 ppb, which the agency says will increase protection for trees, plants and ecosystems.

The Clean Air Act requires the EPA to review the ozone standards every five years to determine whether they should be revised in light of the latest science. The agency says it boosted the standards based on extensive evidence and after receiving more than 430,000 written comments. To ensure that people are alerted when ozone reaches unhealthy levels, the EPA says it is also extending the ozone monitoring season for 32 states and the District of Columbia.

“Put simply – ozone pollution means it hurts to breathe for those most vulnerable: our kids, our elderly and those suffering from heart and lung ailments,” states EPA Administrator Gina McCarthy, in a press release. “Our job is to set science-backed standards that protect the health of the American people. Today’s action is one of the most important measures we can take for improving public health, reducing the costs of illness and protecting our children’s health.”

“The EPA’s new ozone standard will raise the bar for many communities around the country who will be searching for solutions to reduce NOx emissions,” says NGVAmerica President Matthew Godlewski, in a statement. “Natural gas offers the best answer in choosing the cleanest-burning, commercially available, transportation fuel that serves the most diverse number of motor vehicles.”

“New natural-gas-powered engines coming next year will reduce NOx levels by 95 percent over the cleanest-rated diesel engines,” continues Godlewski. “These are benefits that fleets and communities are likely to embrace as they develop implementation plans to meet the new standards.”

NGVAmerica also points to manufacturer Cummins Westport Inc., which the organization says recently received California Air Resources Board (CARB) certification for an 8.9-liter natural gas engine that met the cleanest standard available for NOx (0.02 g/bhp-hr) and demonstrated actual emissions far below even that level.Â According to NGVAmerica, these engines will enter the market in 2016 and allow fleets to not only meet, but also exceed, the new ozone standards announced by the EPA.

‘[This] ozone rule comes at a time when we are experiencing a renaissance in the manufacturing sector, thanks in part to clean and affordable natural gas,” says ANGA Executive Vice President Frank J. Macchiarola, in a statement.

“The rule threatens the economic progress our nation is making in the manufacturing sector and will create a regulatory burden that will make compliance in some regions near impossible,” he continues. “Additionally, it will add to the uncertainty facing oil and gas producers and could dampen investment by the industry in our domestic energy abundance. It is clearly a step in the wrong direction.’

“The increasing use of new generation of clean diesel technology will be an important asset for states in helping to achieve these more stringent standards,” says Schaeffer. “Expanding use of new clean diesel engines is a major factor in reducing ozone precursors like nitrogen oxides. Thanks to the availability of cleaner diesel fuel and advanced engines and emissions control technology, diesel has been transformed throughout the last decade in all applications, from heavy-duty trucks and construction equipment to electrical generators and passenger vehicles.”

CARB, California’s clean air agency, has issued a statement in support of the EPA’s decision.

“We support using the most up-to-date science and recognize that even as the new ozone standard gets tougher to attain, California will continue to make progress by employing cleaner technology and fuels,” says CARB Chair Mary D. Nichols, in a press release.

CARB says further reductions are needed to meet the new national ozone standards, as well as California’s air quality and climate goals. With a standard of 70 ppb, several rural California counties likely will fall out of attainment, adding to the state’s existing 16 ozone nonattainment areas. New nonattainment areas are expected to include Amador, Tehama and Tuolumne counties and the Sutter Buttes area, says CARB.

The agency has also released a discussion draft of its strategy for the state to meet the new federal air quality standards and build on previous efforts to meet climate goals over the next 15 years.

In part, CARB says, the proposed strategy would establish requirements for cleaner technologies; ensure in-use performance over the lifetime of the vehicle; increase the penetration of zero-emission technologies for cars, trucks and off-road equipment; require cleaner-burning renewable fuels; enhance efficiencies in moving people and freight throughout California; and transform the state’s vehicle fleet using zero- and near-zero-emission technologies.