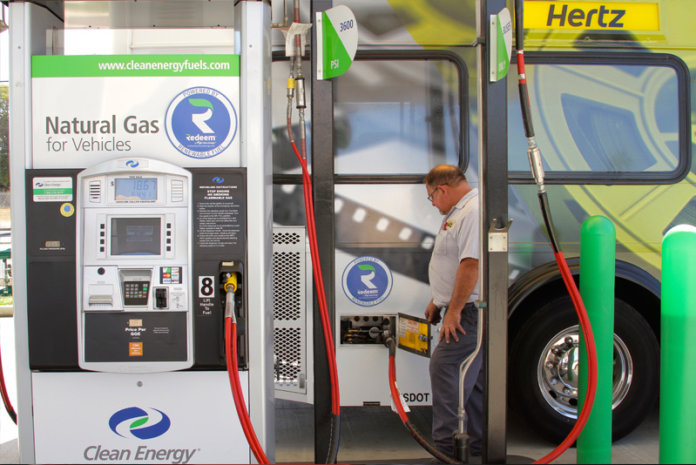 The company has begun a major fueling infrastructure upgrade for trucks operating in the Port of Los Angeles and Port of Long Beach. The upgrade will increase the availability of Redeem at the nation’s largest alternative fuel station in America’s largest port complex.

The first phase of the project, which has been completed, delivers renewable compressed natural gas (CNG) through six new dispensers. Phase two, which will install new compressors and associated equipment to improve the performance and efficiency of the station, is scheduled for summer 2020.

Also, trucking fleets that operate in the ports are taking delivery of additional clean heavy-duty trucks. The San Pedro Ports Clean Air Action Plan will start imposing a container rate, scheduled to start next year, on containers that are hauled by trucks that do not meet stricter emission standards.

One of the largest sweeping companies in the nation – Nationwide Environmental Services, based in Norwalk, Calif. – has signed a five-year maintenance and RNG supply contract for an anticipated 1 million gallons of Redeem to fuel its 70 street sweepers. The company services over 2.5 million citizens in greater Los Angeles, Orange, Ventura, San Bernardino and Riverside counties.

Clean Energy has also upgraded an existing CNG station for the City of Redondo Beach, Calif., and signed a five-year agreement for an anticipated 750,000 gallons of Redeem. The station upgrade will allow the city to fuel its transit fleets, street sweepers and public works vehicles at its own private CNG station.

Ruan Transportation Management Systems has signed a three-year contract for approximately 450,000 gallons of Redeem to fuel an additional 20 CNG tractors for its dairy operations. Ruan is deploying trucks with new ultralow-NOx Cummins Westport engines with funding from California’s HVIP program.

Also, MDB Trucking has signed a two-year fuel agreement for an anticipated 360,000 gallons of Redeem to fuel 24 additional CNG trucks at its Port of Long Beach operation. In addition to a positive experience with natural gas tractors, the postal company is expanding its use of natural gas vehicles to support sustainability initiatives in the region.