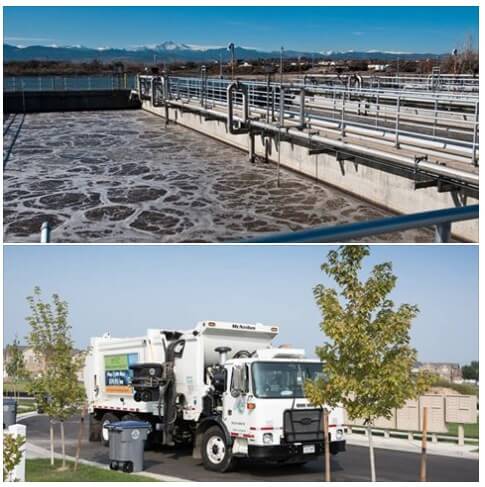 In the new year, the City of Longmont, Colo., plans to begin construction on a project at its Waste Water Treatment Plant (WWTP) to make fuel from gas produced in the treatment of Longmont’s sewage.

According to a recent announcement, the project will convert dirty biogas (generated through anaerobic digestion) into clean renewable natural gas (RNG). The RNG produced will then be used to power the city’s trash trucks. Longmont will be among the first cities on Colorado’s eastern slope to convert biogas to vehicle fuel.

The project will require new biogas cleaning equipment at the WWTP and fueling infrastructure. To support this effort, the Colorado Department of Local Affairs recently awarded the city with a $1 million grant to offset a portion of the capital costs required.

Upon completion of the RNG fueling station in 2019, 11 of the city’s 16 diesel trash trucks will be replaced with trucks capable of using RNG fuel (this change-out aligns with the existing replacement schedule for those trucks). The remaining five diesel trucks will be replaced in 2021. The Colorado Regional Air Quality Council awarded the city with a grant for $35,000 per truck ($385,000 total) to cover 80% of the difference in cost between an RNG-powered truck and a diesel truck.

When the project is complete, it is estimated that the city will be offsetting over 60,000 gallons of fossil fuels annually. According to the announcement, the project will also eliminate the variability in fuel costs for trash services and provide a revenue stream to fund future WWTP projects through the sale of federal renewable fuel credits.

The RNG fueling station is an example of the city pursuing an innovative project that provides economic value to the community while also aligning with multiple goals in the Envision Longmont & Sustainability Plans.

Photos courtesy of the City of Longmont’s Facebook page

Congrats to the City of Longmont CO for their progressive thinking. Great to see continued adoption of RNG…. A couple of items seem odd here, however. “$35K to cover 80% of the incremental cost” of the RNG-capable truck as compared to the diesel? That would make the truck incremental $43,750 — wow…. that seems a bit steep. What type of truck is it and how much fuel storage specified? Also, when complete, the 11 trash trucks will displace just 60K gallon of diesel fuel? Again…5450 DGE/year is really low amount of fuel for a trash truck, even one in municipal… Read more »