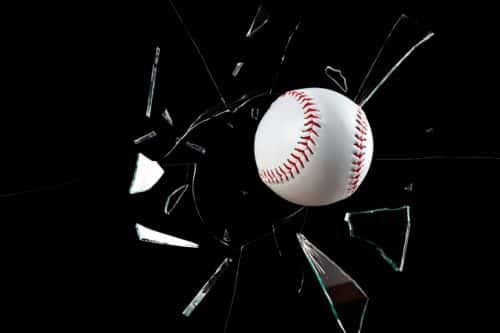 As communities across the U.S. convert their fleets to cleaner-burning, domestically produced alternative fuels, the next logical step is to power those fleets with fuel that's already produced by the community.

Digester gas is a natural byproduct of landfills and wastewater treatment plants. Until recently, digester gas, or biogas, was considered an unavoidable nuisance. The challenge was finding a method to get rid of the gas in the cleanest, safest and cheapest manner. The gas typically was released into the atmosphere or flared off. Landfills and treatment plants were satisfied to simply dispose of this potentially valuable resource.

Fleet managers and transportation executives attended the Green Transportation Summit & Expo last week in Denver. One of the country's most innovative renewable natural gas projects is in Grand Junction, Colo., and project partners discussed recycling biogas into compressed natural gas (CNG) and the logistics required to convert a fleet to run on the fuel.

The City of Grand Junction took its first step toward energy independence in 2010 when it purchased four CNG-powered refuse trucks. One year later, it opened a slow-fill station to refuel those trucks and a fast-fill facility that's operated by Monument Clean Fuels to serve private CNG vehicles.

At the time, Grand Junction was flaring off 100,000 cubic feet of biogas a day at its Persigo Wastewater Treatment Plant. The gas, a natural byproduct of the plant's digester system that broke down solid waste, was 64% methane, and while 16% of the gas was used to heat the facility, the rest (the Btu equivalent to 142,000 gallons of gasoline annually) was literally going up in smoke.Â Â Â

The city began investigating its options for converting to alternative fuels back in 2006 and eventually decided on a strategy that included converting biogas produced at the Persigo plant into usable CNG.

The decision was based primarily on the biogas recycling plant's return on investment, said Dan Tonello, wastewater service manager for Grand Junction.

“Fuel cells had an 81-year payback. Micro-turbines had a 10-year payback and converting biogas to CNG was nine years. Now that we're up and running, we're looking at a seven-year payback,” he said.

When the Persigo project came online in April 2015, Grand Junction became the only city in the U.S. to convert biogas produced by a wastewater treatment plant into CNG. Cornerstone Environmental Group affiliate BioCNG LLC installed its proprietary biogas conditioning system and associated gas pipeline at the Persigo facility. The company engineered the system, as well as provided permitting, construction management, and system commissioning and startup.

Transporting the CNG to Grand Junction's refueling station, five miles away from the wastewater plant, was a significant hurdle. Fortunately, the city is in a rural area on Colorado's Western Slope, so constructing an underground pipeline was financially feasible. When complete, the entire project – recycling system and pipeline – came in at $2.8 million, $500,000 of which was paid for by a grant from the Colorado Department of Local Affairs.

Grand Junction has continued to replace its fleet as needed with CNG and now operates 38 CNG vehicles (primarily refuse trucks, buses and dump trucks) and has 13 more on order. The city initially added six bays to its maintenance facility to service CNG vehicles and has since retrofitted its entire facility to CNG compliance.

The 100,000 cubic feet of biogas that for decades had been burned off and released into the atmosphere every day is now converted into 400 to 500 gallons of CNG, enough to power Grand Junction's entire fleet. The system produces the equivalent of 142,000 gallons of gasoline a year and reduces annual CO2 emissions by 3 million pounds.

An added benefit is that Grand Junction's refueling station has generated interest and investment in CNG among private fleets and individuals in the area, along with enhancing the nation's alternative fuel infrastructure.

Is there any downside? Jay Valentine, Grand Junction's internal service manager, said the CNG garbage trucks are so quiet that forgetful residents frequently don't hear the trucks coming through their neighborhoods in time to rush their cans out to the curb.

While it would be an overstatement to say that Grand Junction is now fueling its fleet for free, the city is more than satisfied with its investment and its contribution to cleaning up the atmosphere.

“Any time you can come up with a project that saves money and shows environmental benefits, I'd say you've hit a homerun,” Tonello said.

Pete Lewis is a freelance writer based in Denver.