Chevrolet has announced the starting price of its 2015 bi-fuel Impala – which it says is the only manufacturer-produced, full-size sedan in North America that uses both compressed natural gas (CNG) and gasoline – at $38,210.

The vehicle, which will be available for purchase in the fourth quarter of this year to both fleet and retail customers, will run primarily on CNG until the fuel tank is depleted, when the system automatically switches to run on gasoline. The user has the option to manually change fuels while driving by pushing a button on the dashboard. 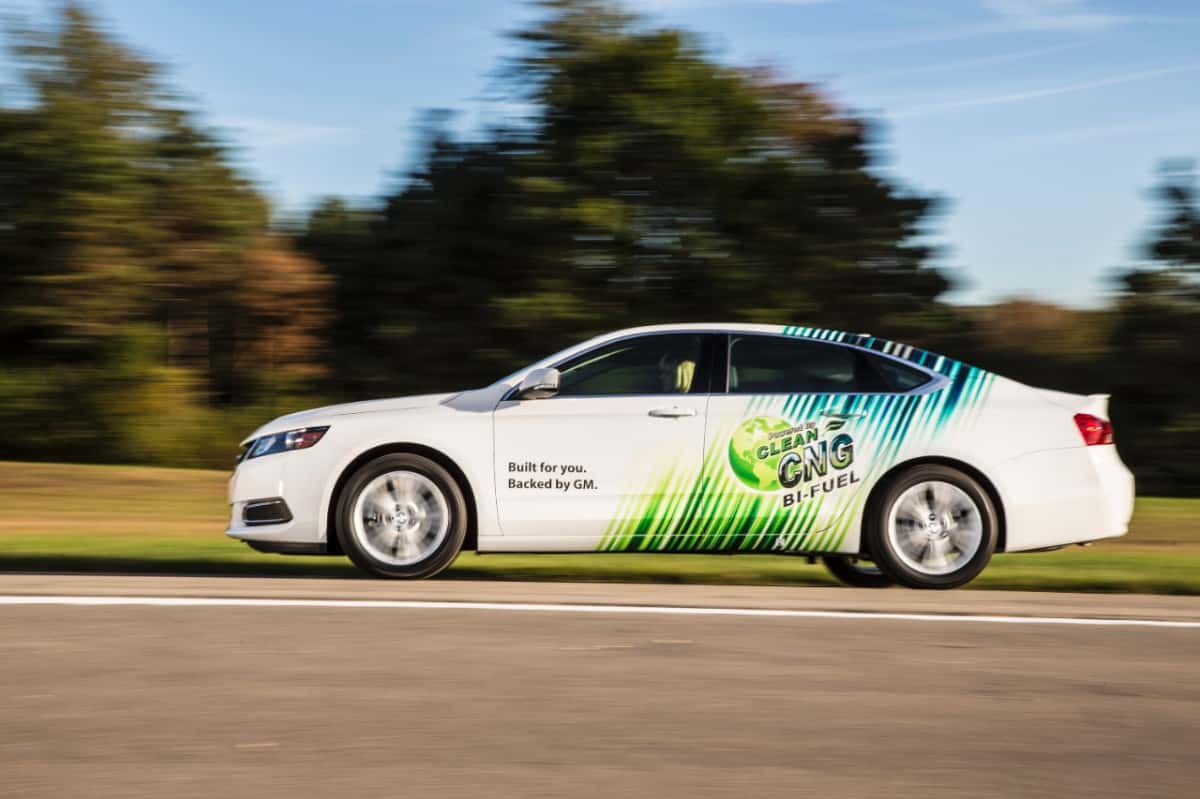 The CNG tank, which is mounted in the trunk, has the equivalent capacity of 7.8 gallons of gasoline. Based on GM testing, Chevrolet expects the vehicle to offer approximately 150 city miles of range with CNG and 500 city miles with gasoline and CNG combined.