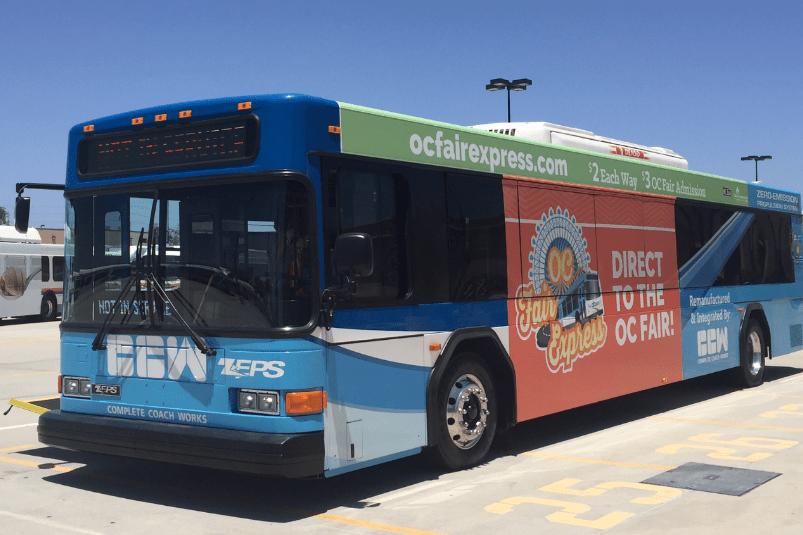 According to CCW, the OC Fair is a 23-day annual event held every summer at the OC Fair and Event Center in Costa Mesa, Calif., representing the ninth-largest fair in the U.S. and attracting over 1.3 million attendees each year for the past five years. This year, the fair opened its doors July 15 and remained open until Aug. 12. Due to the large influx of guests attending the fair each year, OCTA adds a designated route to its route service.

“From the first day of the demonstration, OCTA actively communicated what their needs would be, and with the support of the CCW ZEPS team, we were able to successfully provide an electric bus that met the expectations of this outstanding property,” comments Ryne Shetterly, ZEPS sales manager for CCW.