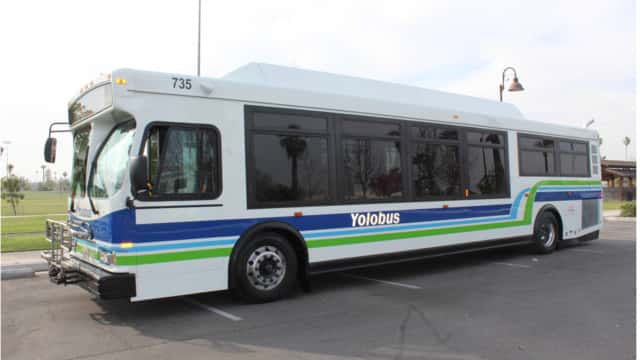 Complete Coach Works (CCW) has announced the delivery of the final bus for a project to replace compressed natural gas (CNG) engines on seven buses for Yolo County Transportation District in California.

“The project will extend the service life of the buses and further reduce engine emissions,” says Kevin O’Brien, general sales manager of CCW. “Work began in September, and the final bus was completed in March.”

“We took buses that were approaching the end of their useful lives and reconditioned them,” adds O’Brien. “The newer engines are cleaner, so they cut down on pollution, and it’s a cost-effective solution for the agency.”

“The new engines will keep the buses operating for at least six to eight more years,” says Terry Bassett, executive director of Yolo County Transportation District. “We hope this will help bridge some of our funding gaps for meeting some of our bus replacement needs, as well as reduce greenhouse gases.”

“The project also included replacing the CNG tanks on the buses,” adds Bassett. “That’s equally important because we have to have tanks that at least match the life span of the improvements that are being made to the engines.”