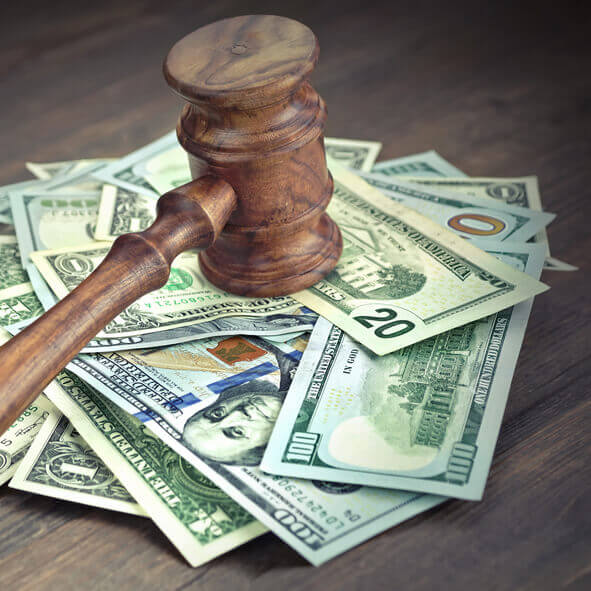 The California Air Resources Board (CARB) has fined a number of companies for emissions violations and intends to direct the settlement funds to support air pollution research and help clean up diesel school buses.

Most recently, CARB fined three companies $726,250 for failing to comply with the state’s Cargo Handling Equipment Regulation, which sets emission standards for a range of equipment used mostly at ports and railyards, including gantry cranes, yard trucks and forklifts.

“Emissions from the ports can travel far inland, but they have the strongest impact on those who live and work near these busy trade hubs,” says Todd Sax, CARB’s enforcement division chief. “With enforcement of the Cargo Handling Equipment Regulation, CARB has been able to achieve a high compliance rate, significantly reducing emissions of diesel air contaminants in port-adjacent communities.”

Seaside Transportation Services, Penny Newman Grain Co. and CEMEX Construction Materials Pacific LLC were all cited for failing to ensure that their cargo handling equipment met the requirements for reduced emissions under the cargo handling rule.

Seaside Transportation Services will pay a fine of $437,500 to be divided equally between the California Air Pollution Control Fund, which supports efforts to decrease air pollution and the adoption of cleaner technologies, to directly support education and research and the San Joaquin Valley Air Pollution Control District for its school bus diesel emission reduction supplemental environmental project.

CARB has been vigorously enforcing the Cargo Handling Equipment rule, adopted in 2009 and amended in 2012. As a result, compliance for yard trucks (heavy-duty diesel trucks that move containers within and between terminals) increased from 61% in 2012 to 89% by the end of 2015. Compliance for “non-yard” trucks increased from 44% to 92% over the same time period.

In a separate release, CARB announced that it also reached settlements with Derive Systems Inc. and Hypertech Inc. to resolve violations of the California Health and Safety Code related to the advertising and sales of illegal aftermarket performance parts in California, especially tuner products made for diesel pickup truck engines.

“California fights every day to achieve the best air quality possible, and we cannot tolerate those who circumvent our regulations,” says Sax. “We commend these companies for their full cooperation with our investigations and for committing to ensure that consumers can take corrective measures without incurring any costs.”

As reported, the affected parts replaced original emission components on cars and trucks, such as the intake and exhaust systems, or employed different engine calibration software to increase vehicle power. The parts had not been evaluated by CARB to demonstrate that they did not negatively impact the vehicle’s emissions. As a result, it is illegal to sell or install them on consumer vehicles in California.

As directed by the settlement agreement, Derive Systems paid $211,380 to the California Air Pollution Control Fund. The remaining $70,460 was directed toward a supplemental environmental project to reduce emissions from diesel engines and school buses. The company also agreed to institute a voluntary buyback program to recover these parts from its distributors, dealers and customers at no cost to consumers.

Hypertech Inc., based in Bartlett, Tenn., sold illegal diesel tuners/programmers, fuel pumps, thermostats and pressure regulators from 2011 through 2013. These parts were sold prior to receiving CARB certification to ensure compliance with emissions regulations. As directed by the settlement agreement, Hypertech Inc. paid $225,000 to the California Air Pollution Control Fund. The company is also implementing a buyback program.