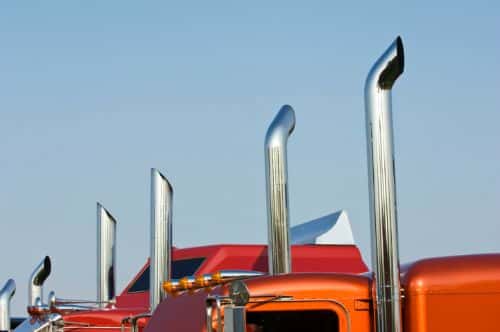 The California Air Resources Board (CARB) has unanimously voted to push forward with the state's controversial Low Carbon Fuel Standard (LCFS), which requires a 10% reduction by 2020 in the carbon intensity of transportation fuels in California. Furthermore, the agency also adopted a regulation governing alternative diesel fuels (ADFs).

Established in 2007 by an executive order and implemented in 2011, the LCFS faced strong opposition from some organizations arguing that the standard was unconstitutional and treated out-of-state fuel producers unfairly. The program's compliance targets had been frozen since 2013 following a legal challenge. To address the court's ruling and to strengthen the program, CARB says it has now ‘re-adopted’ and amended the LCFS regulation following public testimony last week.

As CARB explains, the LCFS program requires that transportation fuels used in California meet a baseline target for carbon intensity, which will be reduced each year. If a product is above the annual target, the fuel incurs deficits. If a product is below that target, the fuel generates credits that may be used later for compliance or sold to other producers who have deficits. So far, CARB notes, fuel producers are over-complying with the regulation.

Carbon intensity is determined through a lifecycle analysis measuring the amount of carbon generated during the extraction, production, transportation and combustion of a fuel. CARB says the LCFS does not require the use of any specific fuel, only that regulated parties find a blend of fuels and credits that will meet the declining target each year.

According to CARB, the re-adopted version of the LCFS includes a number of modifications developed with stakeholder input. These include the following:

– Incorporating additional cost containment in response to stakeholder concerns about possible price spikes by including a mechanism to cap LCFS credit prices;

CARB Chair Mary D. Nichols says the agency's revamped standard “builds on years of successful implementation and will continue reducing carbon emissions from the transportation sector. Transportation is the largest source of greenhouse gases in the state.”

The re-adoption is considered a boost for California Gov. Jerry Brown, whose plan to halve on-road petroleum use in the state by 2030 was recently cut from climate change legislation S.B.350.

California Senate President Pro Tempore Kevin de Leon, D-Los Angeles – who introduced S.B.350 and was a strong supporter of the governor's plan to slash petroleum use – has welcomed the CARB decision. In a statement, he says the LCFSÂ “is working” and describes the standard as “a critical component” of the state's policy work to clean up the air.

“This policy, the first of its kind in the world, compels the market to find and produce the cleanest fuels possible,” says de Leon. “By requiring an overall reduction in the carbon intensity of our fuels, but not prescribing the use of specific alternatives to petroleum, the LCFS encourages private-sector competition, innovation and job creation.”

In addition, various transportation and environmental groups have lauded the CARB vote.

“The Low Carbon Fuel Standard requires fuel producers to innovate and invest in cleaner fuels. Because of strong policy direction, a number of California industries have been doing their part – now it's time for the oil industry to do its fair share,” says John Boesel, president and CEO of CALSTART, an industry consortium of more than 150 clean transportation manufacturers, fleets and suppliers.

Citing a recent report by Environmental Defense Fund and the American Lung Association, CALSTART says cumulative benefits from the LCFS plus California's cap-and-trade program will result in $10.4 billion in avoided health, energy insecurity and climate change costs by the year 2020.

Simon Mui, senior scientist at the Natural Resources Defense Council, says, “[The] vote is a strong rebuke to the oil industry lobbyists and a powerful affirmation to companies investing in clean fuel technologies. The re-adoption of the Low Carbon Fuel Standard means California will be cutting pollution, attracting more investments and ending Big Oil's stranglehold on the market.”

Not everyone is excited about CARB's decision, though. For example, the Western States Petroleum Association (WSPA) says the organization and its member companies “remain opposed” to the LCFS.

“While there have been some advances in the biofuels technology since the standard was introduced in 2007, there are still not enough low-carbon biofuels available in sufficient quantities to allow refiners to comply with the regulations,” says WSPA President Catherine Reheis-Boyd in a statement. “In addition, the vastly accelerated compliance schedule proposed by CARB puts even more upward pressure on fuel costs.”

Oregon, California's neighbor to the north, also has a low-carbon fuel standard under its Clean Fuels Program, and the program has experienced its fair share of controversy, as well. In fact, the American Trucking Associations, in partnership with two other organizations, filed a lawsuit in March against the government of Oregon, claiming the program was unconstitutional. Furthermore, Gov. Kate Brown, D-Ore., and Oregon Senate Democrats almost sacrificed the state's standard in order to reach a compromise with Republican leaders on a transportation funding package. The Democrats eventually walked away from the negotiating table, with Oregon's Clean Fuels Program intact.

As mentioned earlier, CARB has also adopted a regulation governing ADFs. The agency says the regulation puts in place a three-step process beginning in 2016 to create a path to bring cleaner diesel substitutes into the market. This regulation also establishes requirements and fuel specifications for biodiesel to ensure the emissions of nitrogen oxides from biodiesel use will not increase and will be reduced over time. CARB adds that biodiesel and other ADFs can help producers achieve their target under the LCFS.

To view the amended LCFS and ADF regulation, click here.