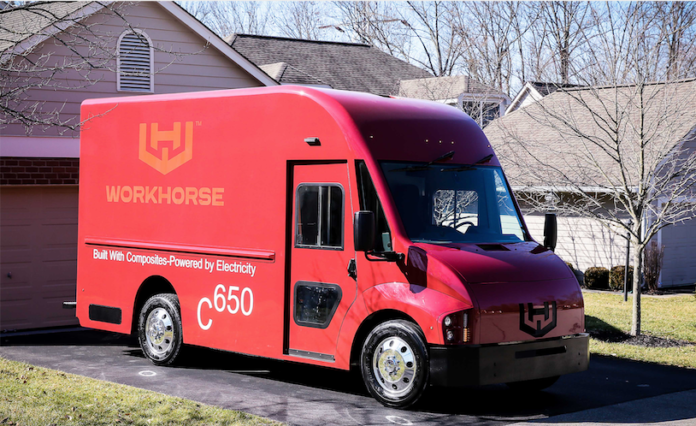 Workhorse Group Inc. says its C-Series all-electric delivery trucks have received Executive Order: A-445-0003 from the California Air Resources Board (CARB), which is valid for production of a vehicle during the specified model year.

With this certification, the C-Series trucks are designated as zero-emission vehicles in the state of California. Workhorse also becomes the first and only medium-duty battery electric vehicle (BEV) original equipment manufacturer (OEM) to receive approvals from both the Environmental Protection Agency (EPA) and CARB.

“Obtaining this Executive Order from CARB is another milestone achievement for Workhorse and for the electric vehicle industry at large. As a next step, we will also be continuing with our efforts to be considered for the HVIP program, which we expect will be a major growth stimulus as more voucher funds become available in the future,”  says Duane Hughes, CEO of Workhorse Group.

“Going forward, this Executive Order will take on even more significance with CARB’s recent Advanced Clean Truck regulation, which will require manufacturers of commercial vehicles to start selling electric options in 2024 and move exclusively to electric trucks in California by 2045,” he adds.

An Executive Order from CARB is given to vehicle manufacturers who meet specific emissions standards in compliance with CARB regulations. Obtaining an Executive Order is also one of the preliminary requirements in order to be considered for the California Hybrid and Zero-Emission Truck and Bus Voucher Incentive Project (HVIP). Vehicles permitted into the HVIP program are eligible for monetary vouchers to reduce the total cost for the purchaser.

Following the company’s certificate of conformity (CoC) award from the EPA in March and its FMVSS Certification in June, the CARB Executive Order further builds on Workhorse’s position in the EV last-mile delivery industry. California as well as 13 other states have adopted vehicle standards under Section 177 of the Clean Air Act, which requires additional approvals beyond EPA regulations. Having received credentials from both regulatory bodies, Workhorse can sell its C-series electric delivery vans in every state throughout the U.S.

Congratulations to Workhorse. First in the nation and (maybe) first in the world.