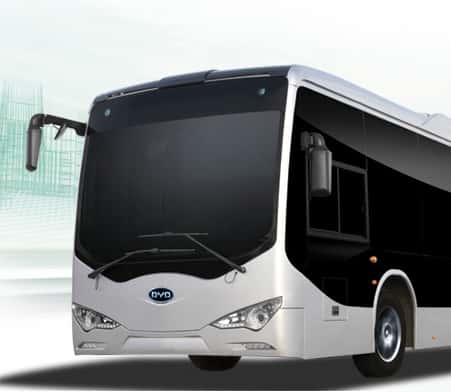 According to a recent report from Pike Research, the global market for electric-drive buses is expected to grow steadily over the next six years, with a compound annual growth rate of 26% from 2012 to 2018. By 2018, more than 75,000 of these units will be in service around the world.

The company, a part of Navigant's Energy Practice, says electric drivetrains – whether coupled with hybrid, battery-electric or fuel-cell systems – offer efficiency gains, quieter operation and, in the case of battery-electric or fuel-cell buses, zero tailpipe emissions. However, all three options are currently more expensive than traditional diesel-powered buses or those that run on compressed natural gas (CNG). The higher cost associated with bus electrification is ‘threatening the large scale penetration of these technologies,’ according to Pike.

The report notes that lower fuel costs and other operating costs offer ‘real value,’ but a return on investment can be long to take shape. In turn, ‘public policy will continue to play a major role in driving adoption of these technologies, either through mandates, GHG emissions targets or direct subsidies.’

In terms of the technologies themselves, hybrid diesel-electric buses are a ‘mature technology’ that has been deployed in places like New York City. Hybridization can yield 25% to 50% improvements in fuel economy, but these vehicles can cost around
$200,000 more than a comparable diesel bus, Pike Research says.

Battery-electric buses are largely still in the development and demonstration stages, especially in the U.S. and Europe. But China has been pursuing its ‘Ten Cities, Thousand Vehicles’ initiative, which has put hundreds of battery-electric buses into service since 2009. More than 10 all-electric bus original equipment manufacturers already exist in China, and the country is expected to continue its dominance in this segment of the market.

Fuel-cell buses are in a pre-commercial phase, Pike Research says, but some units are already being deployed in transit operations. Most development in the transit sector has focused on full-size 40-foot buses, with fuel cells providing the primary propulsion. This requires a high-power fuel cell – typically around 125 kW to 150 kW.

‘Fundamentally, all of these buses require either government emissions or fuel economy policy that essentially requires a shift from conventional diesel buses, or government subsidies and grants to offset the price premium,’ according to the company.

For instance, fuel-economy savings in the hybrid-bus segment are ‘critical to making the case for bus operators to pay more, especially in developed countries that are facing increasing austerity in their public budgets,’ Pike Research says. ‘Hybrid buses need to show fuel-economy improvements of around 40 percent, at current diesel prices, to pay off the price premium over the life of the bus.’

Overall, the Chinese market will constitute the majority of global electric-drive bus sales, while some of the more developed markets will see fluctuations in electric-bus uptake. Sales of electric drive buses in western Europe will experience steady growth (around a 20% CAGR), as the hybrid market begins to take off and there is continued interest in building the electric and fuel-cell bus markets. The Latin American market will be driven largely by uptake in Brazil, but other countries will also spur adoption.

For the near term, hybrid buses will still see strong demand in North America, mostly in transit applications, but would benefit from cost reductions in the hybrid system, Pike says. The North American market will likely experience a rebound soon, as it is expected that the economy will have stabilized, along with public-transit funding levels.