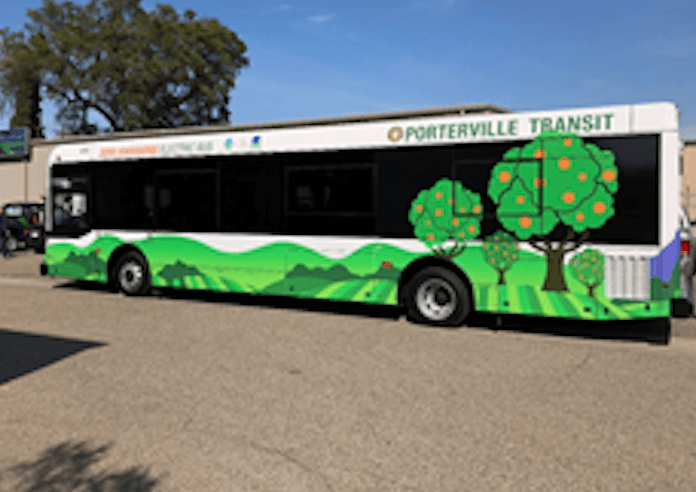 The city of Porterville, Calif., and SRECTrade, a provider of cloud-based technology platforms to register clean energy assets, say they plan to continue reducing carbon emissions and improving air quality for area residents.

Porterville is rapidly electrifying its fleet and getting paid to do so by SRECTrade via the California Low Carbon Fuel Standard (LCFS) program. In a region battling air pollution, the municipality has taken steps to deploy zero- and near-zero-emissions fleet equipment by deploying compressed natural gas (CNG) buses and electric buses, as well as light-duty charging stations that generated more than $65,000 of LCFS credits in 2020 – and with higher post-COVID use could generate more than $100,000 this year.

“The city of Porterville has demonstrated committed leadership in its drive to reduce carbon emissions,” says Mike Saxton, managing director of SRECTrade. “We’ve been happy to play our role on this very driven team. SRECTrade plugged in to manage and monetize LCFS credits generated by Porterville’s eligible equipment. The higher dollars we pay organizations directly support SRECTrade’s mission to help fund continued deployment of zero-emission equipment.”

Electric fuel and maintenance costs have been reduced by about 80% and 75%, respectively. Grant and incentive programs such as the California LCFS program supported the city’s initial deployment while also providing an ongoing revenue stream and offsetting electricity costs. In the past year alone, Porterville generated an average of $0.21/kWh from its electric fleet.