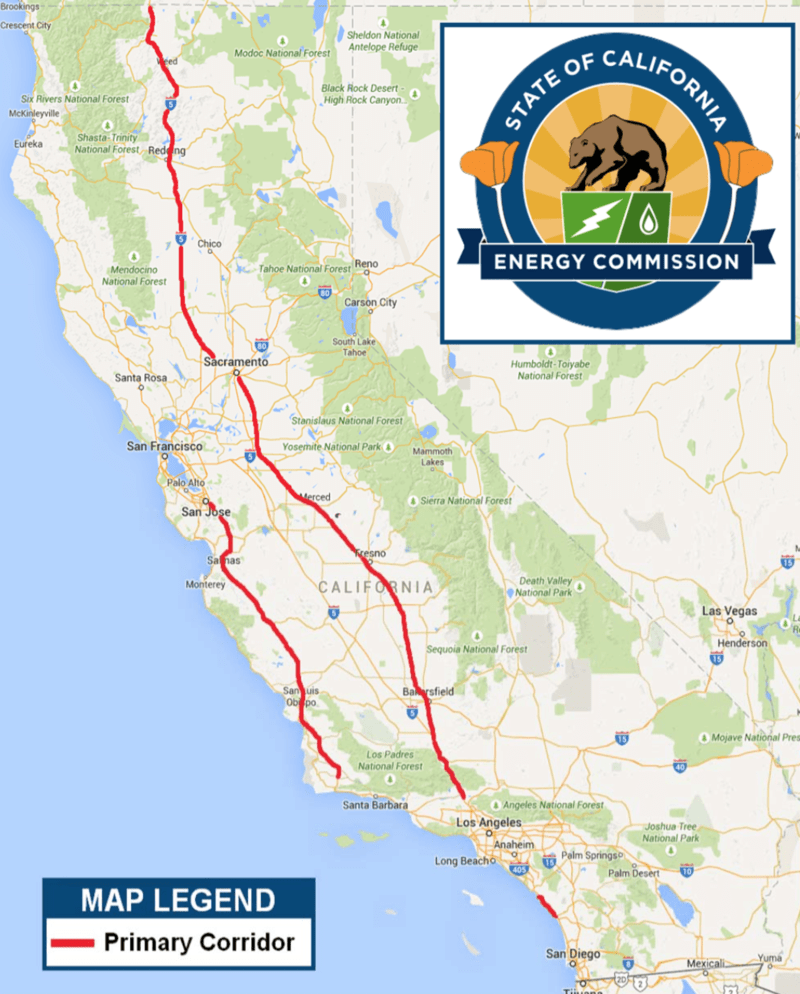 The corridor is part of the proposed West Coast Electric Highway that stretches from Baja California to British Columbia, Canada. The charging corridor will include SAE Combo chargers, CHAdeMO chargers and J1772 chargers for increased accessibility across a range of makes and models.

The biggest winner was ChargePoint, which received awards for three segments of the fast-charging corridor totaling $3,659,615, about 42% of the available funding. EV Connect also received three awards totaling $1,843,179. NRG EV Services received two awards valued at $1,659,928, and Recargo received one award worth $1,632,735.