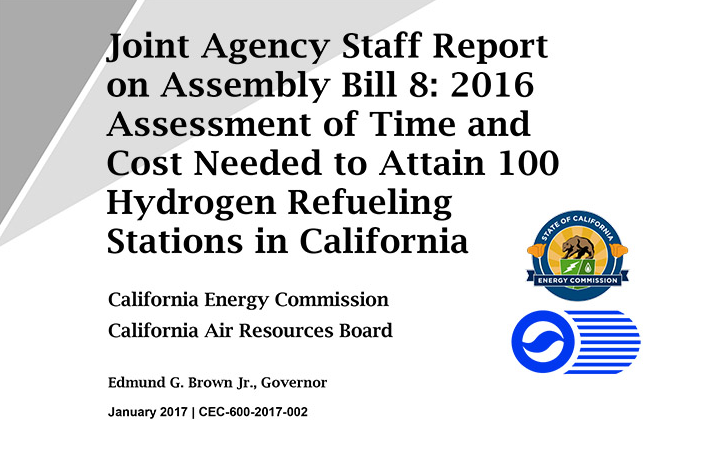 As reported, the analysis updates the time and cost assessments to design, permit, construct and make hydrogen refueling stations operational and open retail for the stations funded under the Alternative and Renewable Fuel and Vehicle Technology Program (ARFVTP).

The report’s abstract notes that as of Dec. 5, 2016, 25 open retail stations are selling hydrogen for use as a transportation fuel and another 23 stations are under development to become open retail and sell hydrogen to the public. Combined with two additional CARB-funded stations that are open non-retail, California’s hydrogen refueling station network is composed of 50 stations.

2016 has seen the greatest growth in the number of open retail stations in California since the A.B.118 and A.B.8 programs started. When the 2015 Joint Report was published, six stations were open retail.

The report highlights the following: