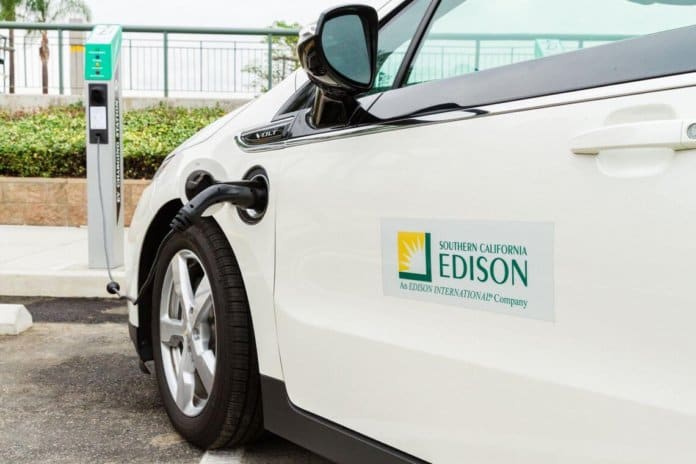 “These investments are the first of their kind,” says Commissioner Carla J. Peterman, who is assigned to the proceeding, in a statement. “These projects are aimed at maximizing benefits to disadvantaged communities by catalyzing electrification of buses, trucks, and other transportation vehicles in locations that can have the biggest impact on air quality standards.”

In 2016, CPUC directed the three investor-owned utilities to submit applications proposing projects aimed at accelerating transportation electrification across all sectors, from light-duty passenger cars to medium- and heavy-duty fleet, transit, and freight vehicles. PG&E, SCE, and SDG&E proposed the newly approved priority review projects – pilot programs of no more than $4 million for each program and no longer than one year to implement.

CPUC says the approval and implementation of these projects continue the commission’s
efforts to meet the clean energy and widespread transportation-electrification goals of S.B.350, landmark legislation signed into law in late 2015.

For its part, SCE says the utility’s four pilot projects approved by CPUC for about $4 million each are part of a much larger plan to expand the electrification of vehicles and equipment that the company filed with the commission last January.

“Our strategy is to, one, increase the use of renewable clean energy, and, two, increasingly use that clean electric energy to reduce the use of fossil fuels in other sectors of the economy — especially transportation,” said SCE President Ron Nichols. “Electrifying transportation represents the largest near-term opportunity to reduce greenhouse-gas emissions and drive down pollution that impacts public health.”

SCE’s four pilots that have been approved include the following:

Customer rebate for residential charging station installation. SCE says it will provide rebates to residential customers living in single-family residences or smaller multi-unit dwellings to install the electrical infrastructure required in a garage or at a dedicated parking space to support EV charging. The rebates would alleviate the cost of installing a new circuit and, for some customers, the cost of a new panel.

Transit bus electrification. SCE will install infrastructure and provide rebates toward the purchase of the charging stations for buses. This one-year project will focus specifically on progressive transit agencies that are already preparing to receive electric buses and will provide charging infrastructure to speed adoption of electric transit buses.

Port electrification projects. At the Port of Long Beach, SCE will install necessary infrastructure for the electrification of equipment used to unload and move goods containers from ships to off-port transportation vehicles currently powered by diesel engines.

Urban DC Fast Charger (DCFC) clusters. SCE will work with program participants to install five DC fast-charge sites in urban areas. Each site will have up to five dual-port charging stations for a total of 50 DC fast-charge ports. The sites will be located in publicly accessible urban locations — for example, downtown or near high-density apartments.

According to SCE, part of the utility’s plan still awaiting CPUC approval is a $550 million investment program for medium- and heavy-duty vehicle charging to help grow the transportation electrification market over a five-year period. In addition to supporting trucks, this program also calls for investments in plug-in buses, forklifts and other off-road equipment. A decision on the larger portion of the plan is expected later this year.

The plan is tailored to Southern California, where 40% of the goods entering the nation are moved through the region’s ports and over its highways, according to SCE. While crucially important to the state and local economy, SCE notes, the goods movement industry is a major source of GHG emissions and air pollution from heavy-duty commercial and industrial vehicles at ports, warehouses and along freeway corridors. Hence, the plan particularly focuses on communities that are disproportionately affected by pollution and economic hardship, often located along transportation corridors.

The transportation electrification plan is a key component of the clean energy vision SCE recently laid out in a white paper entitled “The Clean Power and Electrification Pathway.” The plan calls for more than 7 million EVs in California and an electric grid that is supplied by 80% carbon-free energy.

“These pilot projects will allow us to look at solutions to address some of the biggest challenges to electrifying California’s trucks, buses and cars,” says Katie Sloan, SCE principal manager of product development and division management, who oversees the pilots. “And, every fossil-fuel burning vehicle that is removed from California’s roadways contributes to better health for the many Californians who live near our freeways and transportation corridors.”

Larissa Koehler, a senior attorney covering California clean energy at the Environmental Defense Fund, says, “These new projects represent an important step forward in cleaning up the state’s dirtiest sector, bringing us closer to a sustainable future for the Golden State.”

CPUC’s full order, which includes information on all 15 pilot projects, is available here.