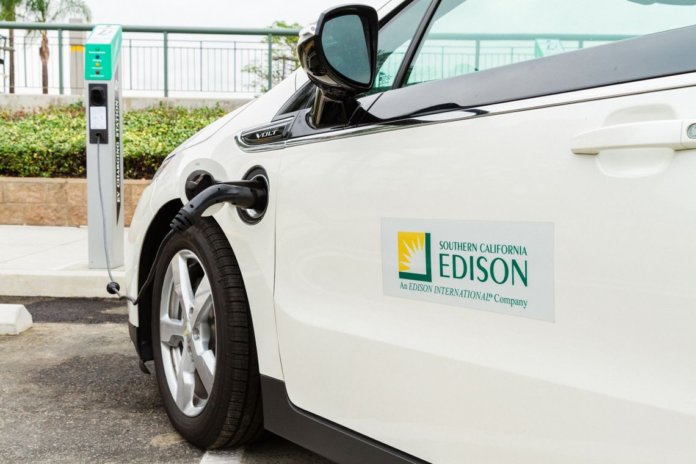 According to SCE, the approach builds upon existing state programs by identifying cost-effective actions to increase clean energy in the electric system and to leverage that energy in the transportation and building sectors to achieve needed emissions reductions.

California’s environmental goals include reducing greenhouse-gas (GHG) emissions by 40% from 1990 levels by 2030 and by 80% by 2050, as well as reducing nitrogen oxides (NOx) and other pollutants in areas of the state with the highest levels of air pollution by 2032.

“Climate change and air pollution are serious threats that will require the state to transform the way energy is produced and used,” says Pedro Pizarro, president and CEO of Edison International, the parent company of SCE. “California is a global leader in addressing climate change, and we will enable those efforts by leading the transformation of the electric industry to better serve our customers, protect the environment and improve public health.”

The integrated approach developed by SCE emphasizes the urgency of implementing the actions outlined, the utility notes. With only 12 years to reach the 2030 target, policymakers and business and community leaders must quickly align on the near-term policies, programs and market changes needed to meet California’s ambitious timeline, says SCE.

The Clean Power and Electrification Pathway calls for three closely linked efforts that support and build upon each other:

1) Doubling the use of carbon-free electricity, supported by energy storage, from 40% today to 80% by 2030. The electric sector has already reduced GHG emissions below 1990 levels, and it now accounts for only 19% of California’s GHG emissions. The plan calls for increasing the use of large-scale, carbon-free generation such as wind, solar and large hydroelectric power plants to at least 80% of electricity delivered to customers, continuing the use of distributed rooftop solar and doubling energy efficiency by 2030.

2) Accelerating the use of electric vehicles, including passenger cars and medium- and heavy-duty vehicles, to more than 7 million by 2030. According to SCE, the transportation sector is the largest source of GHG emissions and local air quality problems, with 40% of the goods entering the nation moving through the region’s ports and highways. “It is critical that we work toward providing measurable reductions in air pollution that causes health problems and disproportionately affects communities that are located near transportation corridors with heavy freight movement,” says Pizarro.

To encourage consumer acceptance and adoption of EVs, SCE’s proposal urges development of additional charging infrastructure and continued financial incentives that lower the purchase price of EVs during the early stages of adoption, particularly for low- and middle-income communities.

“SCE is dedicated to delivering a clean energy future for California,” says Ron Nichols, SCE’s president. “The Clean Power and Electrification Pathway provides a blueprint to achieve the company’s and the state’s air quality and climate policy goals by building a clean energy economy while creating high-skill, middle-income jobs. SCE will continue to leverage and expand a wide variety of innovative technologies, including large-scale and customer-sited renewables, energy storage, and energy efficiency.”