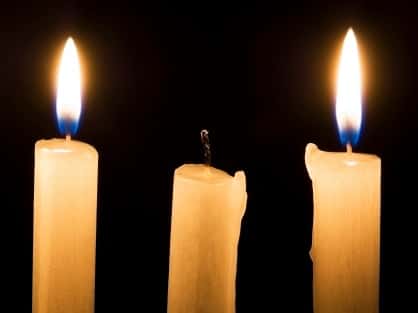 The California Legislature has approved the Clean Energy and Pollution Reduction Act of 2015 – what sponsor California Senate President pro Tempore Kevin de Leon,Â D-Los Angeles, calls the nation's most far-reaching climate change legislation. However, a measure to cut on-road petroleum use 50% by 2030 was eliminated from the bill.

S.B.350, first introduced in February by de Leon, aimed to follow through on Gov. Jerry Brown's 2030 goals to help combat climate change: reducing on-road petroleum use by 50%, boosting energy efficiency in buildings by 50% and increasing renewable energy's portion of state electricity to 50%.

In February, the California Air Resources Board said a path toward halving on-road petroleum use could include reducing growth in vehicle-miles traveled and increasing on-road fuel efficiency – and even doubling the use of alternative fuels.

In June, the legislation passed the Senate on a 24-14 vote. Before the Sept. 11 legislature passage (52-27 in the Assembly and 26-14 in the Senate), the Assembly had made amendments earlier in the week to cut the measure pertaining to petroleum usage, according to de Leon.

In a prepared statement at a press conference, de Leon specifically referenced oil industry stakeholders, which, according to the LA Times, have launched media campaigns against the measure.

He said that “despite overwhelming scientific opinion and statewide public support, we still weren't able to overcome the silly-season scare tactics of an outside industry which has repeatedly opposed environmental progress and energy innovation.”

However, he noted that the legislation “will still represent historic clean-air standards, fuel significant clean-energy job creation and extend California's global leadership in the fight to meet the climate challenge.”

In a statement, Catherine Reheis-Boyd, president of the Western States Petroleum Association (WSPA), says, “WSPA and its member companies remain committed to working with Gov. Jerry Brown and legislators on climate change and energy policy. [Friday's] announcement was an acknowledgement that California's energy future, economic competitiveness and environment are inextricably linked.

“Californians are best served by inclusive energy policy and by a legislative body that retains authority on issues so critically important to jobs, communities and our way of life,” she continues.

The bill now heads to the desk of the governor, who said at a news conference that he still plans to fight to reduce petroleum usage, according to the LA Times.

“Oil has won the skirmish. But they've lost the bigger battle – because I am more determined than ever,” he said.

In a statement, the governor adds, “Taking carbon out of the modern economy requires heroic efforts and tireless struggle. S.B.350, in both efficiency and renewable energy, ratchets up the California commitment. We have the technological means and now we have the legal mandate to reduce carbon pollution.”

‘Knowing that the people of California know that we need to address climate change, I am confident we will continue to have long-term success in California,’ states John Boesel, CALSTART president. ‘We need to get better organized and prepared, and if we do, we'll have a strong conclusion to the 2015-16 legislative session.’