Home Articles Legislation Calif. Bill Would Require All New Cars to Be Zero Emission by... 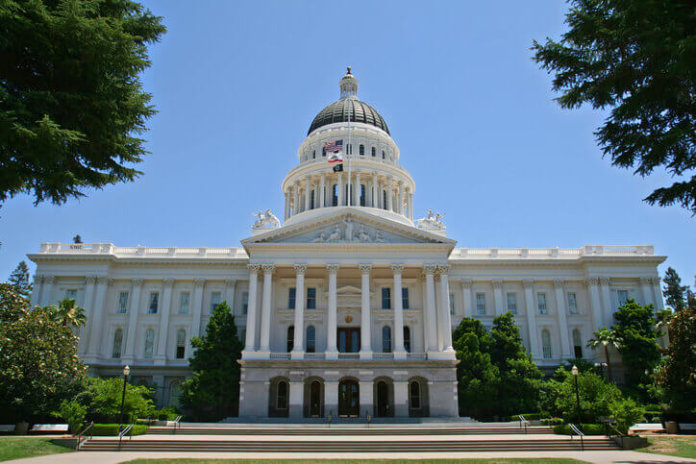 California Assemblymember Phil Ting, D-San Francisco, has introduced A.B.1745, a bill that would require all new passenger vehicles sold in the state after Jan. 1, 2040, to be zero-emission vehicles (ZEVs).

In a press release, Ting suggests the legislation is necessary to combat climate change and would build on California’s clean air initiatives, saying the state “has long led the nation in promoting environmental protection and public health through visionary policies and technological innovations.”

For example, Gov. Jerry Brown, D-Calif., previously set a goal for the state to have 1.5 million ZEVs on the road by 2025, and the governor recently signed a bundle of ZEV-friendly bills into law. Furthermore, California currently has a target to reduce greenhouse-gas (GHG) emissions by 40% below 1990 levels by 2030.

“It’s time that we clear the path for emissions-free transportation and take significant steps to achieve our ambitious emissions reduction goals,” says Tigs.

The new bill, dubbed the Clean Cars 2040 Act, would prohibit the California Department of Motor Vehicles from accepting an application for original registration of a motor vehicle unless it is a ZEV, as defined, starting in 2040. For the purposes of the bill, ZEVs cannot produce exhaust emissions of any criteria pollutant or greenhouse gas under any operational mode or condition. Notably, the bill would not apply to large commercial vehicles (larger than 10,000 pounds) and does not apply to vehicles owned by people moving into California from other states.

“If we want to seriously combat climate change, protect our clean air and water, and ensure a just transition to clean energy, we need to invest in clean, zero-emission transportation,” comments ​NextGen America President ​Tom Steyer, a supporter of Clean Cars 2040. “Dirty vehicles are the largest source of carbon emissions in California -polluting the air and water for millions across the state – so we must take action to accelerate the transition to 100 percent clean vehicles.”

“Reducing fossil fuels emissions should be California’s highest priority,” says Adrian Martinez, staff attorney for nonprofit environmental law organization Earthjustice. “With this legislation, California will be taking combustion polluting vehicles off the road and advancing zero-emission vehicles – helping us to finally address air pollution and better equipping us to combat climate change. I urge our state’s leaders to pass this important legislation.”