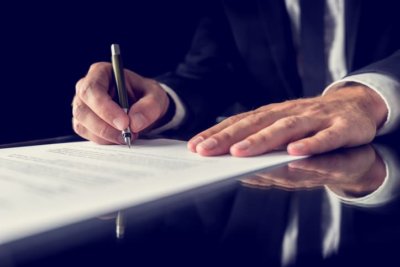 For example, Brown signed A.B.739, which requires at least 15% of specified heavy-duty vehicles newly purchased by state agencies to be zero-emission vehicle (ZEVs) beginning in 2025 and at least 30% of those vehicles to be ZEVs beginning in 2030. The bill was authored by State Assemblymember Ed Chau, D-Monterey Park.

“With the federal government rolling back environmental protections and clean air regulations, it is more important than ever for California to step up and take a leading role in the fight against climate change,” says Chau in a press release. “I want to thank Governor Brown for continuing our efforts to curb climate change by signing A.B.739 into law, which will ensure that state agencies are procuring zero-emission vehicles for our larger truck and bus fleets.”

However, Chau says there was no mention of larger, heavier-duty trucks and buses.

“A.B.739 builds upon the 2012 executive order by setting procurement goals for our state’s heavy-duty vehicle fleet, which will help create jobs and a market that fosters heavy-duty ZEV development, provide for more fuel-efficient vehicles, and contribute to our GHG emission reduction goals, while improving public health,” concludes Chau.

Interestingly, Brown also signed S.B.498, a bill that boosts the state’s target for its light-duty fleet. The legislation will require at least 50% of the state’s light-duty vehicle fleet to be ZEVs by 2025, up from the current goal of 25% by 2020. According to bill author State Sen. Nancy Skinner, D-Berkeley, S.B.498 also directs the California Air Resources Board to develop policies and programs that will increase ZEVs in private-sector fleets.

“What better way to jumpstart transportation electrification than fleets,” says Skinner in a press release. “Fleet owners purchase vehicles frequently and in large numbers. S.B.498 will help California get many more zero-emission vehicles on our roads.”

Skinner notes that S.B.498 was sponsored by NextGen America, a nonprofit headed by California businessman and philanthropist Tom Steyer. “Now more than ever, Californians deserve a state government that looks to the future and leads by example,” says Steyer.

According to the governor’s office, Brown also signed the following bills on Tuesday:

For full text of the bills, visit leginfo.legislature.ca.gov.

Do you want clean air and water?