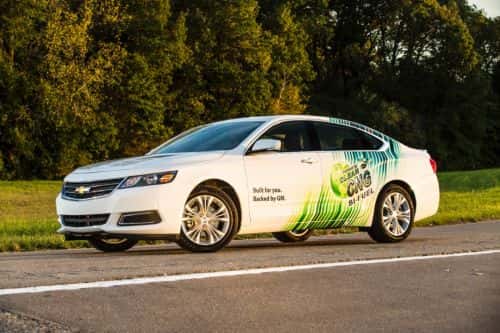 The 2015 Impala will be the only OEM-produced full-size sedan with CNG capability, GM notes. In fact, it joins the Honda Civic GX – a dedicated natural gas vehicle – as only the second OEM CNG offering in the passenger-vehicle class for the North American market.

The Impala was redesigned for model-year 2014, bringing a more sleek and stylish look to the vehicle, along with various advancements in user functionality. Joyce Mattman, director of commercial products for GM Fleet & Commercial, tells NGT News that this redesign will boost the Impala’s appeal to the retail market while maintaining fleets’ expectations for the vehicle.

The new bi-fuel CNG Impala will embody that redesign, but also add flexibility in fuel choice that was, according to Mattman and GM Fleet & Commercial product manager Mike Jones, prompted by customer feedback. Fleets that deployed GM’s existing CNG offerings, such as the Chevy Silverado and GMC Sierra, inevitably inquired about the company’s next move – and voiced their preference for a passenger vehicle.

‘The vehicle they were looking at was a sedan,’ Mattman explains. ‘This one really hits a sweet spot.’

She says GM Fleet customers were not set on any particular GM sedan, whether the Impala, Chevy Cruze or Chevy Malibu. The Impala, however, has been a mainstay in many fleets – particularly public safety and municipal fleets – so rolling out a CNG option on the model was a strong choice. 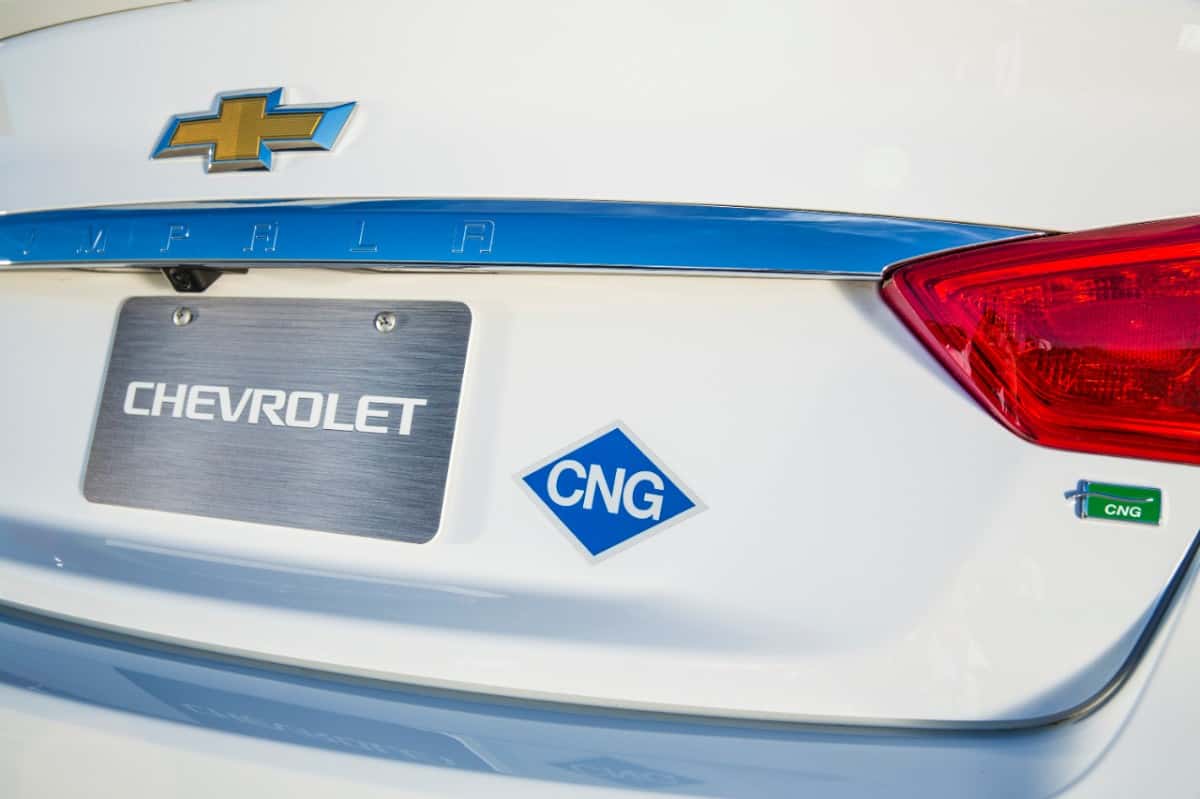 For the 2015 Impala, GM has engineered a CNG fuel system that will be paired with the company’s 3.6-liter engine, and the vehicle’s standard gasoline tank will be complemented by a trunk-mounted 8 GGE CNG tank. Total vehicle range will be about 500 miles, according to GM’s estimates, including approximately 150 miles of CNG-only range.

The Impala’s 3.6-liter engine will be specially fitted with hardened intake and exhaust valves and valve seats at GM’s assembly plant in Oshawa, Ontario. From there, the vehicles will move toÂ ROUSH Performance’s facility in Plymouth, Mich., for the full CNG conversion. Quantum Technologies is the Tier One supplier of the CNG equipment.

Customers will be able to order the Impala CNG through Chevy dealerships, as usual – the bi-fuel option is simply a line item on the option sheet, and GM’s three-year/36,000-mile new vehicle limited warranty and five-year/100,000-mile limited powertrain warranty will be standard. Vehicles are also delivered to customers at the point of sale.

GM says the bi-fuel CNG Impala will be available for order beginning in the summer of 2014. Both fleet and retail customers in the U.S. and Canada will be able to acquire the vehicle.