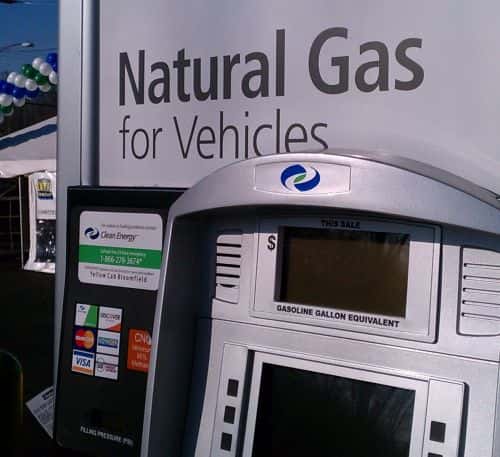 This week, the Environmental Defense Fund (EDF) came out swinging against a pervasive and generally accepted claim about natural gas vehicles (NGVs) – that they are better for the environment than gasoline- and diesel-powered transportation – by criticizing the high levels of methane leakage that result from the production, storage and transportation of natural gas.

The EDF partnered with researchers from Princeton University, the Rochester Institute of Technology and Duke University to release a paper, ‘Greater Focus Needed on Methane Leakage from Natural Gas Infrastructure,’ through the National Academy of Sciences that examines the ‘importance of accounting for methane leakage across the value chain of natural gas when considering fuel-switching scenarios.’

The paper does not dispute that natural gas burns cleaner than other fossil fuels. However, the researchers do note that methane – the main compound in natural gas – is ‘a greenhouse gas (GHG) pollutant many times more potent than carbon dioxide.’ Leakage of gas presents an unduly high environmental risk, they say.

The EDF notes that the leakage rate found in long-distance natural gas pipelines, according to estimates from the U.S. Environmental Protection Agency (EPA), is about 2.1%. This rate is low enough to give combined-cycle natural-gas-fired power plants the edge over coal-burning units, in terms of overall GHG emissions. In fact, that remains the case even if leakage rates rose as high as 3.2%, the paper concludes.

‘Natural-gas-powered cars, in contrast, do not reduce climate impacts unless leakage rates are reduced to 1.6 percent (compared to our estimate of current 'well-to-wheels' leakage of 3.0 percent),’ wrote the EDF's Dr. Ramon Alvarez, an author of the paper, in a blog.

‘In heavy trucks, the reduction would need to be even more pronounced,’ he noted. ‘Converting a fleet of heavy-duty trucks to natural gas damages the climate unless leakage is reduced below 1.0 percent.’

Alvarez acknowledged that the results presented in the paper are ‘far from definitive’ and that the effects methane leakage can have on the environment ‘could be reduced by strong standards and improved industry practices.’ Nonetheless, reaction from the clean-transportation sector was swift.

NGVAmerica noted that the EPA's leakage estimates ‘could be off by orders of magnitude,’ considering that metering and measurement errors are often responsible for high readings. Moreover, the natural gas industry itself has a compelling motive to reduce leakage, in purely economic terms. The leakage rates the EPA cites equate to hundred of millions of dollars in lost natural gas every year.

‘Policy makers would be mistaken to withhold their support for natural gas vehicles based on EDF's conclusions,’ the group stated.