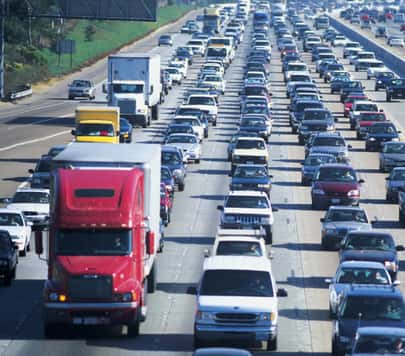 Last week, the venerable National Petroleum Council (NPC) issued a new report, ‘Advancing Technology for America's Transportation Future,’ that illustrates ‘dramatic changes’ evident in the U.S. transportation sector. How these changes will play out over the long term, however, is a loaded inquiry.

The report is a direct response to requests from the U.S Department of Energy that sought counsel on the fuels and technologies the federal government should consider when plotting out new policies and investments. All fuel types, from biofuels and hydrogen to natural gas and diesel, were examined. Also, the study was wide in scope in terms of subsector, with aviation, marine and railroad applications all covered.

The NPC's two-year effort suggests that for the passenger vehicle and truck transportation, diesel and gasoline will continue to fill important roles over the next two decades. However, the group pointed out that there is opportunity to diversify how the U.S. fuels its vehicles.

The operative word in that statement is ‘could.’ The NPC stopped short of concluding that a substantial shift to alternative fuels was inevitable, noting that major challenges must be overcome in order to usher in a new paradigm.

‘The scale of this effort will be enormous,’ the group wrote. ‘Even with sustained investment in technology and infrastructure, these fuel and vehicle advances are not assured. They will be driven by the combined effects of economics, technology, environmental and other policies, and consumer demand.’

Indeed, the report makes no predictions about whether a transition to alternative fuels is likely to occur, when that transition could take shape or what it will cost to facilitate the change. Rather, the NPC took an ‘optimistic approach’ that assumed many stars would align, creating in a robust environment for alternative fuel transportation.

The study does draw a few notable conclusions:

Looking specifically at the light- and heavy-duty transportation sector, potential improvements in fuel economy could be considerable, the report says. In fact, by 2050, fleets of light-duty vehicles powered by liquid internal combustion engines could see 60% to 90% better fuel economy compared to 2010 levels.

Drivetrain electrification/hybridization, along with the use of lighter-weight and more aerodynamic designs, will be primarily responsible for these improvements. The NPC is unambiguous in its assertion that traditional – albeit highly advanced – internal combustion engine are going to remain the standard in the transportation arena.

‘Unless a disruptive innovation results in a more compelling alternative, internal
combustion engines will remain dominant because of their lower cost and use in a diverse set of vehicle platforms,’ the report states.

Natural gas, of course, has proven its viability as a fuel for use in internal combustion engines across a variety of applications. Fleets are seeing the advantages of CNG today – based largely on fuel cost alone – and relatively low technology barriers will help CNG persist as a competitive option.

If those barriers are trounced and refueling infrastructure become more prevalent, compressed natural gas (CNG) fuel systems are likely to be the most competitive against diesel and gasoline platforms in the light-duty space, according to the NPC.

Similarly, CNG, liquefied natural gas (LNG) and biofuels have the potential to emerge as cost-competitive fuel options in the medium- and heavy-duty segments. Hydrogen-powered transportation and electric vehicles will be largely left behind in these verticals, the report states.

An interesting result of the NPC's analysis is the list of ‘priority technology hurdles’ that need to be surmounted in order for alternative fuel vehicles to reach a point of mass use and commercialization. The fleet industry, automotive OEMs and the entire vehicle and fuel supply chain can take note of the following fuels/vehicle systems and the associated technological challenges: