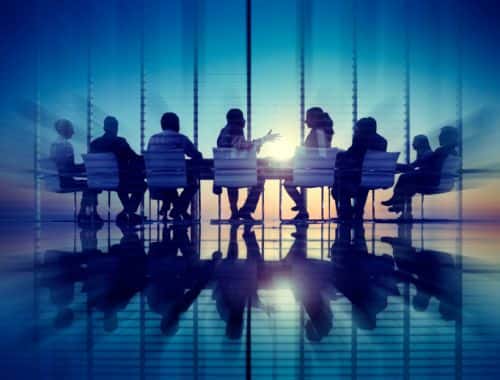 The price of a barrel of crude oil may be hovering just above $40.00 with no sign of a rebound, but interest and enthusiasm about alternative fuel transportation was anything but depressed last week at the Green Transportation Summit & Expo in Denver. Attendees of the two-day conference test drove alternative fuel vehicles and heard about the latest developments and issues facing green transportation and what's in store for the future.

“You need to look at oil prices as a movie, not as a snapshot that captures a single moment in time,” he said.

Depressed oil prices have delayed some orders, especially from smaller players and from potential customers who are new to the market, but the industry is driven primarily by major fleets that already are committed to alternative fuels, said Steve Arnold, vice president of engineering at ET Environmental, a builder of natural gas fueling facilities.

Jeff Koza, a manager at Colorado/West Equipment Inc., said oil prices have had little or no impact on school districts and municipalities converting to compressed natural gas (CNG) buses.

“CNG is more reliable than diesel,” he said. “My customers' buying decisions are based first on reliability and safety, second on cost and third on green.”

Koza said CNG becomes more economically viable with every new U.S. Environmental Protection Agency (EPA) mandate. Compliance with each new emissions standard drives up the price of new diesel vehicles, along with the maintenance and operating costs, he said. When considering total cost of operation, the cost difference between diesel and CNG is tight and getting tighter, regardless of fuel prices.

While conference speakers and panelists were upbeat about the current state and future of alternative fuel transportation, most said incentives were necessary for growth to continue.

Koza said 100% of the alternative fuel buses he's sold benefited from some type of grant. Several panelists said they would like to see more incentives at the federal, rather than the state, level, because the assortment of incentives that vary from state to state frequently create confusion among customers. A more standardized national policy would eliminate some of that confusion.

The EPA is currently considering a mandate that potentially could stall many Class 8 fleets from converting to natural gas or duel fuel, he said. Fleets typically convert older vehicles because their engines weigh less and have less mandated emission equipment. Fleets frequently also install a glider kit that replaces the truck's cab and frame, so the result is essentially a brand-new truck powered by an alternative fuel engine. The regulation being considered would prohibit installing glider kits on trucks with older engines. This would discourage many fleets from converting to natural gas, Taylor said.

The fuel tank accounts for 65% to 70% of the cost of converting a diesel truck to natural gas, so any innovation that enables the tank to hold more fuel or the truck to travel more miles per tank will entice more fleets to consider converting, Taylor noted.

“The biggest drawback with CNG is space, so any improvement involving space will help,” he said. For instance, Koza added, roof-mounted CNG tanks on buses free up space without compromising safety or aerodynamics. “Aerodynamics is not an issue because if you look at buses, they already are not very aerodynamic.”

Just as vehicle operators considering alternative fuels compare initial cost, cost of operation and return on investment, they also compare the time and convenience of refueling.

During a panel discussion that focused on best practices for fueling stations and strategies to meet future demand for facilities, Norman Herrera, CEO of Sparq Natural Gas, a developer of CNG stations, said it's essential that CNG stations have remote monitoring and redundancy to ensure reliability. Arnold said refueling stations should be designed to maximize flow rates and for expandability so the station can accommodate higher volumes as CNG becomes more prevalent.

Propane refueling stations don't face some of the challenges as do CNG stations, said Robert Little, sales manager for FerrellAutogas. Because propane is a liquid, it requires no compressors.

“If consumption goes up, all we have to do is make another delivery,” he said. “There is no need for additional tanks or compressors.”

Lisa Rephlo, executive director of Colorado Clean Energy Cluster, said one key to developing enough refueling stations to meet demand is to design stations that serve all types of alternative fuel vehicles: CNG, LNG, propane and electric charging.Â
Â
“What we're looking at is developing enough of an infrastructure so that you can buy a truck and not worry about finding a filling station,” Arnold said.

Pete Lewis is a freelance writer based in Denver.