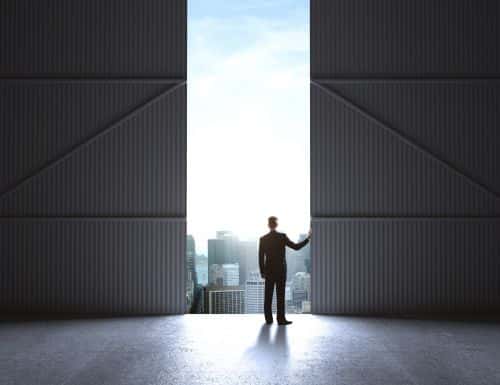 Before the Ohio legislature recessed for the summer, a bill to establish tax incentives and grants for alternative fuel vehicles (AFVs) advanced in the state House of Representatives. With a 19-0 vote, the House Ways and Means Committee unanimously approved the measure in late June, and nonprofit Clean Fuels Ohio believes H.B.176, a revamped version of a previous bill, is slated to become law.

In April, Ohio State Reps. Sean J. O'Brien, D-Bazetta, and Dave Hall, R-Millersburg, introduced H.B.176. The proposal contains similar language to that of H.B.336, which the lawmakers sponsored in the 130th General Assembly. Although H.B.336 gracefully passed the entire House and garnered bipartisan support in the Senate last year, that measure ultimately did not pass.

However, citing environmental and economic benefits of alternative fuels, O'Brien and Hall decided to redouble their efforts during the 131st General Assembly.

H.B.176 aims to create a new Gaseous Fuel Conversion Program, which would offer a tax credit for the purchase or conversion of natural gas or propane vehicles amounting to 50% of the cost of conversion or purchase price of the vehicle, or up to $25,000 (depending on the weight of the vehicle).

Furthermore, the program would award grants to state agencies, political subdivisions, school districts, public transportation systems and nonprofits to convert vehicles, at a maximum grant award of $500,000 per entity.

The bill also includes a provision to reduce the amount of sales tax due on the purchase or lease of a qualifying electric vehicle by up to $500.

Jason Phillips, policy director of Clean Fuels Ohio, lauds the June vote in the House Ways and Means Committee. However, he is not surprised that H.B.176 is advancing.

“By all indications we're hearing, there is no opposition to this bill at all in the whole House,” Phillips tells NGT News. “That's rare. Every bill usually has at least one person against it.”

According to Phillips, the House Finance Committee is expected to sign off on the bill once the legislature reconvenes after summer recess. The measure would then move to the House floor for a vote. If all goes well as anticipated, H.B.176 would be handed off to the Senate for consideration.

“I'm pretty confident the bill is going to make it out of the Senate as well,” declares Phillips, who believes senators will show “the same strong backing we're seeing in the House.”

That's because O'Brien and Hall's previous bill, H.B.336, had unanimously passed on the House floor and showed much promise in the Senate. However, that bill stagnated as legislators rushed to wrap up other issues during the lame-duck session last year.

“Technically, the measure died in the Senate,” admits Phillips. “But it wasn't because the bill didn't have support. It was because the lawmakers just ran out of time, as they only had a matter of weeks left in the session following the election.”

With H.B.176, he explains, “The main difference is that the legislature has much more time to work on the bill.

“That isn't to say we are 100 percent certain the bill is going to pass,” notes Phillips. “Someone could have an issue that we do not know about yet.”

In addition to the alt-fuel incentives, H.B.176 contains a provision to establish a state fuel tax on compressed natural gas (CNG). The new tax would be phased in and not begin for the first three years. It would start at $0.05/DGE at year four and gradually increase to $0.28/DGE by the 11th year.

Phillips states, “It's important to say this tax was coming regardless off this bill or not, and we were told very specifically by legislators that CNG users need to pay their fair share. We agree with that, but it's just a question of how we do it.”

He argues that phasing in the CNG tax is a better option than immediately enacting a $0.28/DGE tax immediately, adding that the latter approach “is not going to help our small-business community or our trucking community.”

For his part, Rep. O'Brien has been working to rally support for H.B.176. In late June, he visited several local companies in order to, as a press release states, “learn more about, and draw attention to, the use of alternative fuels in Ohio.”

“When it comes to the use of alternative fuels, and especially CNG, it's really a win-win-win for Ohio,” said O'Brien. “All the way from production to consumption, the use of alternative fuels carries with it tremendous benefits, including the creation of domestic jobs in the shale industry, greater energy independence and national security, and the fostering of a much cleaner environment. On top of all that, it's significantly safer than traditional fossil fuels and is also less expensive, allowing people to save money on fuel costs.”

He later added, “Knowledge is power, and I hope to pass along what I pick up to my constituents and anyone interested in the exciting future of alternative fuels in Ohio – a future that includes H.B.176.’