Home Up Front A Glimpse into the Global NGV Refueling Market 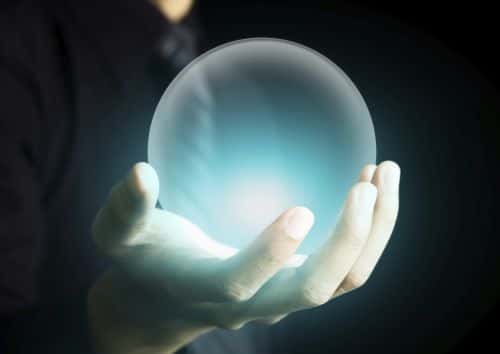 In order for any alternative to gasoline or diesel to be viable as a transportation fuel, readily available refueling infrastructure is a necessary component of the ecosystem.Â However, the report does say natural gas (NG) has proven to be one of the most popular alternatives to traditional liquid fuels in many global markets, with compressed natural gas (CNG) being far more common than liquefied natural gas (LNG).

Interestingly, the report says more than 80% of new NG refueling stations are expected to be CNG facilities in order to support light-duty NGVs, which are projected to account for 90% of the global NGV fleet at the end of the forecast period.

According to the report, NG has a number of distinct advantages over many of the other options, particularly for larger vehicles. NG deposits and production are widely distributed around the globe, and with newer extraction techniques, such as horizontal drilling and hydraulic fracturing, usable supplies have risen significantly in the past decade. Meanwhile, the report notes, NG prices have fallen to less than half of the peak prices reached in 2005 and 2008.

As fuels, CNG and LNG are typically fast and convenient to use where refueling infrastructure is available. Fast-fill CNG pumps and LNG can each be used to refuel a vehicle at speeds comparable to traditional fuels, while slow-fill (low-pressure) systems provide the convenience of filling lower duty cycle vehicles wherever there is a connection to an NG distribution main.

Nonetheless, the report emphasizes that the density of NG refueling infrastructure varies widely and is frequently tied to government incentive programs. Like other alternative fuels, NG is subject to the so-called “chicken and egg” scenario: Without a critical mass of vehicles in need of fuel, station operators are unwilling to invest in equipment – and without ready access to stations, retail customers do not buy NGVs.

However, because NG is well suited for larger vehicles, such as refuse trucks and buses, the report says fleet operators frequently take advantage of the low fuel cost by installing private stations in vehicle depots.

The report also looks at technical issues regarding CNG and LNG.

As the study explains, CNG is primarily used for vehicles that operate within a limited geographic region, while LNG is more commonly used for long-haul trucking applications. CNG is stored in high-pressure tanks at 3,000 psi to 3,600 psi and can be stored for extended periods of time. LNG, meanwhile, is stored in low-pressure, cryogenic tanks at -259 degreed F.

Although LNG tanks are heavily insulated in order to preserve the NG in its liquid state, it will eventually boil, the report says. LNG storage is designed for pressure of less than 250 psi and cannot contain any significant quantity of gaseous NG. As the NG boils, the report continues, it must be vented to the atmosphere or captured for re-liquefaction to avoid excess pressure.

The contents of an LNG tank will typically boil off within seven to 10 days. As a result, LNG is best suited for vehicles with a high utilization rate and mileage accumulation in order to minimize wasted fuel, the report concludes.

According to the report, there are a wide range of companies involved in the entire supply chain for NGV refueling infrastructure, including equipment manufacturers, gas suppliers, station operators, and consultants that support planning and construction of stations. Many of the key components involved in the refueling infrastructure are also used elsewhere in the production, transmission and consumption of NG for energy production, industrial use and residential use. As a result, the report says, many of the key players are not entirely dependent on the growth of NG as a transportation fuel, which should help the companies through any fluctuations in demand, should they arise.

This article was adapted from the executive summary of Navigant Research's “Natural Gas Vehicle Refueling Infrastructure” report. More information and the full report are available here.