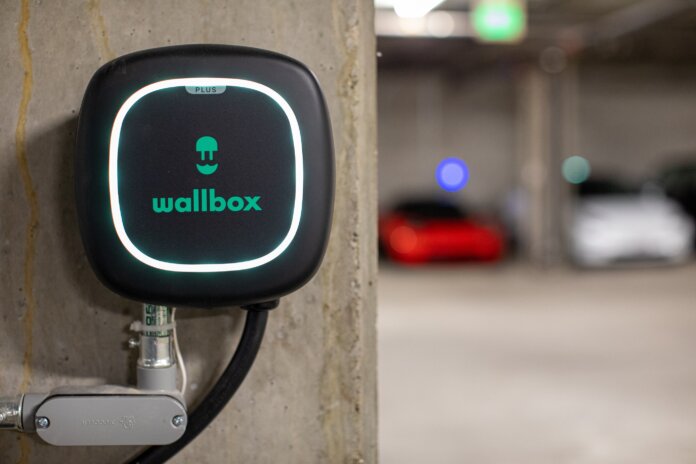 Wallbox has officially opened its first North American manufacturing facility in Arlington, Texas. Designed to produce over 250,000 units in 2022 and over one million in 2030, the 130,000-square-foot factory will manufacture all of the company’s chargers in the U.S., which will serve multiple segments of electric vehicle (EV) charging including residential charging, bidirectional charging and hyperfast highway corridor charging.

“Today, only 3 percent of the chargers required globally for the next decade have been installed, showing the magnitude of the need for innovative and reliable charging solutions,” says Enric Asunción, CEO of Wallbox. “Bringing Wallbox’s manufacturing capabilities to the U.S. significantly bolsters our ability to meet U.S. needs, deliver to public funding programs and drive the energy transition.”

As part of the factory opening, Wallbox offered a demonstration of Hypernova, its hyperfast DC charging solution that delivers up to 400 kW of charging power, making it ideal for highway corridors. The charger is capable of adding up to 100 miles of range in just five minutes of charging. Hypernova was designed specifically to be deployed throughout long-distance EV corridors, the same as those defined by the National Electric Vehicle Infrastructure (NEVI) Formula Program. All Hypernova chargers produced in the Arlington facility are expected to meet Buy America requirements when production begins in 2023.

Hypernova has a centralized power system that can feed one or multiple dispenser units. The design allows for a variety of configurations that can be upgraded over time, including the addition of more power modules or dispenser units to the installation, thereby allowing charging services operators and fleets to match current and future demand. It offers a seamless user experience with its compact size, integrated cable management system, interactive lighting system and sunlight readable touchscreen.

“Hypernova was specifically designed to bolster public charging infrastructure in the U.S.,” states Douglas Alfaro, general manager for North America at Wallbox. “It aims to solve the current deficit in public charging along key U.S. highway corridors and simplify long-distance traveling for EV drivers. We’re already seeing vehicles with higher power charging capabilities hit the road that would be looking to benefit from faster charging from an ultra-fast charger like Hypernova than what’s being installed today.”

The Arlington facility is now producing Pulsar Plus, Wallbox’s smart home EV charger that is compatible with all EVs. In 2023, the factory is expected to begin the production of Hypernova.

This new facility complements Wallbox’s existing operations and services in North America, including its North American headquarters in Mountain View, Calif. as well as warehouses in Burlington, N.C. and Bloomington, Calif. It is also Wallbox’s fourth manufacturing facility worldwide.

The $70 million project is expected to double the local workforce over the next twelve months and bring approximately 250 jobs to the Arlington area by 2025 and approximately 700 by 2030.

“Clean energy is the future, and together, we’re going to lead the world in innovation and we’re going to make sure all of America sees the benefits,“ says Mitch Landrieu, senior advisor to President Biden and infrastructure coordinator. “Wallbox’s rapid growth proves that we can do this work while creating good-paying jobs and growing the economy right here in America.”

“Wallbox is a significant addition to Arlington’s Great Southwest Industrial District and we’re thrilled the company chose our city for its first U.S. manufacturing plant,” Mayor Jim Ross states. “Wallbox hasn’t just brought great-paying manufacturing jobs to our city, they have created jobs that are geared towards the future of where this country is going. The company is already at work creating electric vehicle charging units right here in Arlington that will be shipped all across North America.”