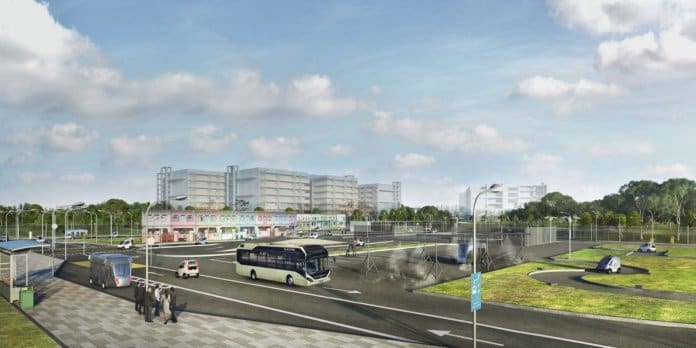 Volvo Buses, part of Sweden-based automaker Volvo Group, and Nanyang Technological University (NTU) in Singapore have signed a cooperation agreement on a research and development program for autonomous, all-electric buses. According to the company, the program is part of the Land Transport Authority of Singapore’s drive to create new solutions for tomorrow’s sustainable public transport.

For Volvo, this will be its first autonomous application in public transportation, and the company has chosen NTU as its partner in this endeavor. Volvo notes it has already demonstrated the autonomous technology in mining, quarry and refuse collection operations.

The 12-meter Volvo 7900 electric bus is already operating around the world, but the two buses to be deployed in Singapore will be equipped with autonomous driving technologies. These include GPS and LIDAR laser technology systems for charting, positioning and detecting obstacles around the vehicle.

“We are seeing fast-growing interest in both autonomous and electric vehicles in cities all over the world. Together with NTU, one of the world’s leading universities of technology, we now have the possibility of testing various solutions under realistic conditions in a major city that has high ambitions for its public transport,” says Håkan Agnevall, president of Volvo Buses, adding, “The technology developed in Singapore can contribute to future autonomous applications by Volvo Buses.”

NTU President Professor Subra Suresh says, “Industry-academic connections are key in nurturing an environment which promotes innovation, research excellence, and technological change for a better tomorrow. NTU takes pride in its strong industry connections, and this partnership with Volvo will pave the way for future mobility solutions by developing and testing autonomous buses right here on campus. These solutions will further strengthen Singapore’s vision of embracing autonomous vehicle technologies and enhance public transportation.”

One of the autonomous electric buses will be used on Singapore’s advanced new test facility for autonomous vehicles, CETRAN. Here, NTU’s researchers will in a fenced-off area be able to test new functionality and study how the bus interacts with other road-users in various conditions. The second bus will be used for tests in the bus depot in partnership with the operator SMRT. According to Volvo, the aim is that tomorrow’s autonomous buses should be able to charge their batteries, drive through the depots to the vehicle wash and park – entirely autonomously.

“Our goal is to stay future-ready by keeping abreast of latest land transport solutions for safe, efficient and comfortable journeys, and adapt such urban mobility solutions to Singapore’s unique operational setting,” says Desmond Kuek, president and group CEO of SMRT Corp. “This MOU paves the way for SMRT, working with our partners, in hosting operational trials for autonomous buses, and the command and control system required for operating such smart vehicles. SMRT will leverage on decades of experience in operating and maintaining buses to lead the operational testing and evaluation of autonomous buses for their eventual safe deployment on our roads.”

The cooperative program between Volvo Buses and NTU is under way and will initially last for two years. The jointly developed autonomous electric buses will arrive into Singapore in the beginning of 2019. Fast-charging stations based on the common OppCharge interface will be supplied by ABB.

Commenting on the initiative, Frank Mühlon, head of ABB’s global business for electric vehicle charging, says, “Nanyang Technological University has estimated that electric vehicles could make up as much as 50 percent of Singapore’s motor population by 2050. ABB has long been at the forefront of developing greener solutions, and we are proud to be helping make this vision become a reality.”