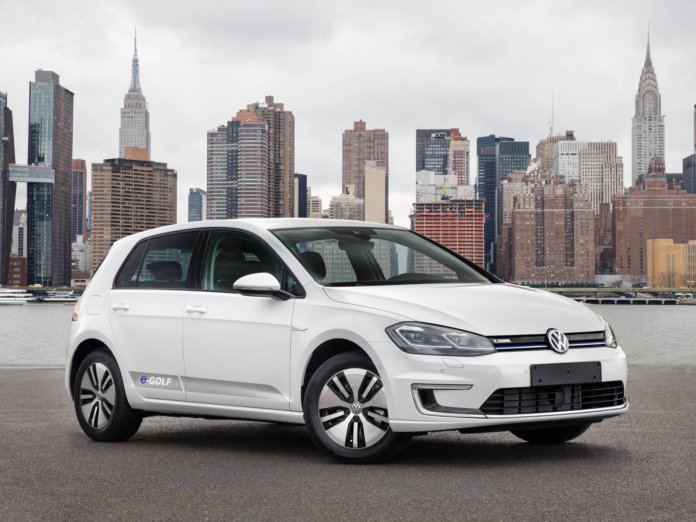 For the 2017 model, Volkswagen is using an updated lithium-ion battery with an increased energy capacity of 35.8 kWh, up from 24.2 kWh. According to the automaker, the revised battery helps increase the vehicle’s range from an EPA-estimated total range of 83 miles to 125 miles on a single charge.

An improved battery chemistry also helps improve the overall fuel economy of the vehicle. For city driving, the EPA-estimated fuel economy is 126 MPGe; highway driving is rated at 111 MPGe; and combined city/highway is 119 MPGe, improved over the 2016 EPA estimates of 126, 105 and 116, respectively.

Based on 13 cents per kilowatt-hour, the EPA has estimated an annual fuel cost of just $550. In addition, a federal tax credit of up to $7,500 is available for purchasers; dependent on the state, additional credits may also be available.

Aesthetically, says the automaker, new styling inside and out modernizes the overall appearance of the 2017 e-Golf: It offers new color options and restyled bumpers, front fenders, headlights, grille and décor, along with a revised seat trim inside. 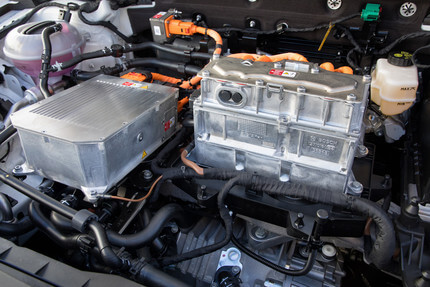