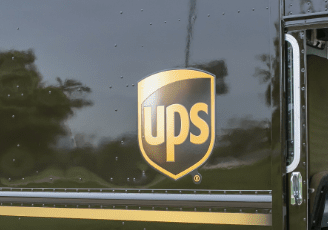 UPS has introduced a new line of range-extended electric vehicles (REEVs) to its fleets serving Birmingham and Southampton in the U.K. The company says the addition will help overcome the range limitations of pure-electric vehicles within the logistics industry.

The vehicles, developed in conjunction with EV company TEVVA, were partially funded by The Office for Low Emission Vehicles and Innovate UK. They form part of UPS’ “rolling laboratory” strategy to add a variety of alternative fuel vehicles.

The current generation of 7.5-ton electric delivery vehicles has an average range of 100 km, which is often not far enough to reach urban drop off points, says UPS. Instead, the REEVs can travel an average combined power range of 400 km.

“This is a big breakthrough for our continued use of electric vehicles in the U.K. – and for the communities we serve,” says Luke Wake, director of automotive engineering and advanced technology at UPS International. “The range jump from 100 km to 400 km is the result of UPS’ latest collaboration with TEVVA. We can serve our customers with lower-emission, alternatively fueled vehicles in places beyond the reach of existing pure-electric vehicles at this weight class.”

The REEVs also use geofencing technology to automatically switch to pure-electric mode when reaching a predetermined boundary, such as prior to entering an urban environment or clean air zone. This same technology allows the vehicle to switch to the on-board range extender, which uses a significantly smaller and efficient diesel engine to recharge the battery.

Ten REEVs have entered UPS’ delivery fleet in the Tamworth depot, and an additional five are in Southampton. Both depots serve locations where the distance from the warehouse to the urban area served is high. Birmingham is set to introduce a clean air zone in its city center by 2020.