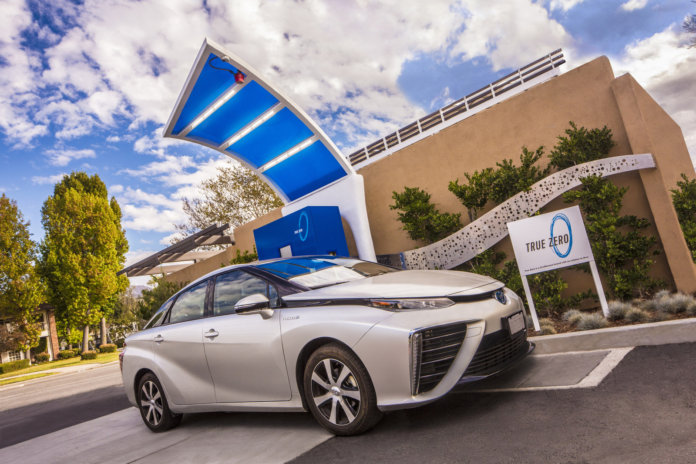 True Zero has announced it was recently selected by the California Energy Commission (CEC) to build 12 new hydrogen stations in the commission’s latest round of grant awards to help build out the state’s retail hydrogen fueling network.

The CEC will provide a total of $26.6 million to the California-based company, including grants for capital cost share and operation and maintenance support for the 12 new stations.

“We couldn’t be prouder to have been chosen by the Energy Commission as the partner for these 12 hydrogen stations,” says Joel Ewanick, CEO of True Zero. “It is an awesome responsibility to be on the front lines fighting for California’s goals, helping to reduce the state’s thirst for oil and hopefully pushing us toward the extinction of the internal combustion engine. We’re so grateful for this opportunity, and we won’t let the people of California down.”

True Zero is a company founded in California just over four years ago and has received grant funding from the state and the South Coast and Bay Area Air Quality Management Districts, as well as private financing from Honda and Toyota. In August, the company opened it 18th retail hydrogen station in California and is now slated to increase its statewide network to at least 31 stations.

“With these 12 new stations, you’ll see a transition to higher volume technology, enabling True Zero to serve more fuel cell cars with simultaneous fills at each location,” says Ewanick. “This scale effect will provide an even better customer experience and, eventually, a more competitive price at the pump so that more customers are encouraged to choose fuel cell electric vehicles over gasoline. Mass adoption of zero-emission vehicles is our ultimate goal.”

Following early sales of the Toyota Mirai and Honda Clarity, True Zero has sold over 260,000 kg of hydrogen during the past 18 months. The company estimates that it has powered nearly 18 million zero-emission miles during this period.

Photo: A Toyota Mirai refueling at a True Zero hydrogen station in California.

I hope northern CA. north of San Francisco will be getting some of the new stations. There are a lot of potential fuel cel buyers/leasers waiting for Sonoma and Mendocino counties to open. Get us to Tahoe, Yosemite the wine country etc. Santa Rosa and Ukiah would be great places to start!!