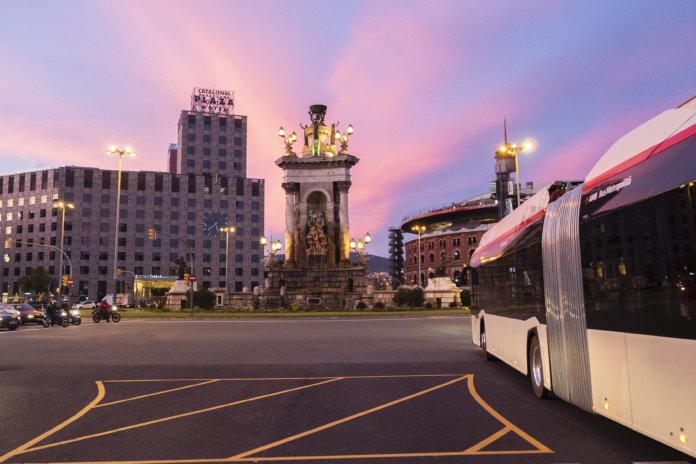 Barcelona is one of the first cities to order the 18-meter Urbino buses. The Polish producer has supplied five articulated electric buses to the city since 2015.

The vehicles will be equipped with Solaris high-power batteries with a nominal capacity of 145 kWh that will be charged using a 500 kW pantograph, which enables fast charging. The buses will be propelled by a 240 kW central traction motor.

All ordered vehicles will be equipped with the Mobileye Shield+ device, which minimizes the risk of colliding with pedestrians or cyclists. The system of intelligent cameras monitors the vehicle’s surroundings. The driver is alerted to potential dangers with sound and visual signals. At the special request of the client, the Mobileye Shield+ will be additionally fitted with the Geotab system, which archives information about and informs TMB of potholes.

The first Solaris buses were sent to Barcelona in 2014. Today, over 80 electric and hybrid buses have been delivered to Catalonia. Nearly Solaris 900 e-buses have been commissioned by clients in 18 countries.