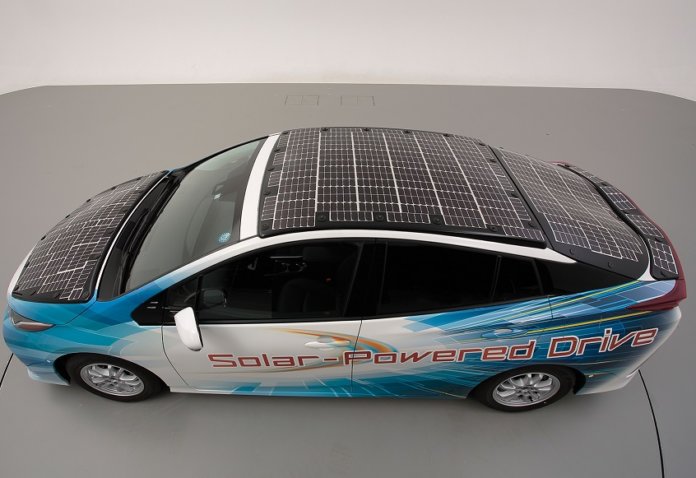 The trials, expected to commence in late July, aim to assess improvements in the vehicles’ cruising range and fuel efficiency.

Sharp modularized its solar battery cells, developed for a previous NEDO-led project, to create an onboard solar battery panel. Toyota has installed this panel on the roof, hood, rear hatch door and other parts of its Prius PHV and produced a demo car for public road trials. By enhancing the solar battery panels’ efficiency and expanding the onboard area, Toyota was able to achieve a rated power generation output of around 860 W, which is approximately 4.8 times higher than that of the commercial Prius PHV equipped with a solar charging system, the automaker says.

In addition to substantially boosting its power generation output, the demo car employs a system that charges the driving battery while the vehicle is both parked and being driven, a development that is expected to lead to considerable improvements in electric-powered cruising range and fuel efficiency, according to Toyota.

Toyota plans to conduct the trials under various driving conditions in Japan.