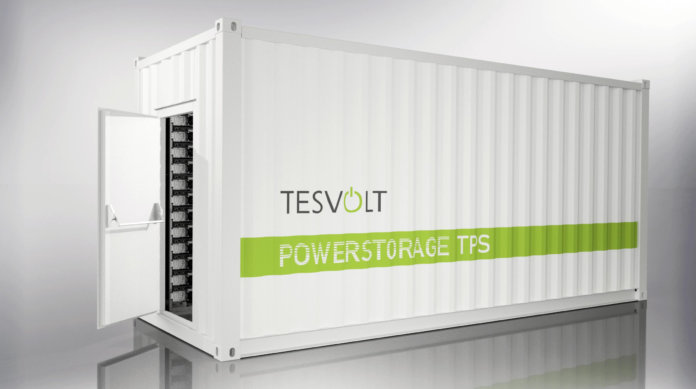 Various companies will offer a total of 114 charging stations, including 40 V3 Tesla Superchargers and 22 fast-charging stations from Dutch supplier Fastned. Every charging station will be supplied with 100% green power, sourced in part from a large rooftop photovoltaic installation above the charging park.

Around 235,000 cars pass through the Kreuz Hilden junction connecting the A3 and A46 motorways in North Rhine-Westphalia, Germany, every day. This is where the largest charging park project in Europe will be built, set to cover 12,000 square meters. Motorists will be able to charge their EVs at 62 fast-charging stations from Tesla and Fastned boasting charging power of up to 350 kW. In addition, there are another eight public charging stations with a charging capacity of up to 22 kW and 44 charging stations for employees and tenants that will be operated by organic baker Roland Schüren – the owner of the charging park.

The battery storage systems manufactured by Tesvolt in Wittenberg, Germany, will temporarily store electrical energy from the photovoltaic installation – rated above 700 kW peak – and two small wind power installations to reduce costs associated with peak loads. They will also store green energy from the public grid when it is particularly inexpensive and relieve the grid when there is more energy available than is being drawn.

Gregor Hinz, energy consultant and general technical planner for the project, expects that the two storage systems to pay for themselves within a few years. The federal state of North Rhine-Westphalia will also cover a portion of the investment costs as part of its funding scheme.

“Of course, it is particularly important that a charging park’s storage systems can be quickly charged and discharged at any time. Currently, only a very few storage products on the market are capable of this,” says Hinz.

He had included three commercial storage system manufacturers on the shortlist for the charging park project. He says that Tesvolt set itself apart in the end because the TPS flex storage container offers impressive performance while being relatively compact and is one of the few systems on the market capable of fulfilling the high technical demands.

The smart battery management system developed by Tesvolt engineers ensures that the cells are charged and discharged as efficiently as possible and gives the storage system a high life expectancy of approximately 30 years.