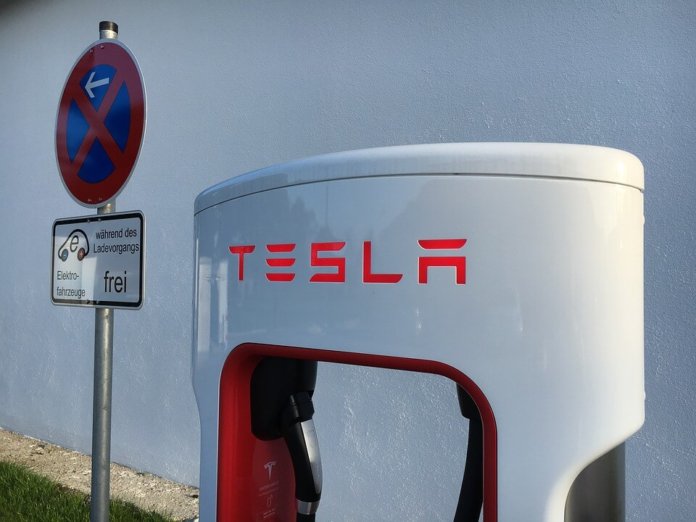 Tesla is touting the first quarter of this year as the most productive quarter in the company’s history in terms of vehicle production and deliveries.

Tesla says Q1 production totaled 34,494 vehicles, representing a 40% increase from Q4. Of these, 24,728 were Model S and Model X, and 9,766 were Model 3. According to the automaker, the Model 3 output increased exponentially, representing a fourfold increase over last quarter.

Tesla claims its numbers represent the fastest growth of any automotive company in the modern era, and if this rate of growth continues, it will exceed even that of Ford and the Model T.

The company notes it was able to double the weekly Model 3 production rate during the quarter by rapidly addressing production and supply chain bottlenecks, including several short factory shutdowns to upgrade equipment.

In the past seven days (as of April 3), Tesla produced 2,020 Model 3 vehicles. In the next seven days (as of April 3), the company expects to produce 2,000 Model S and X vehicles and 2,000 Model 3 vehicles. Moreover, Model 3 volume now exceeds that of Model S and Model X combined; what took the team five years for S/X took only nine months for Model 3, says Tesla.

Given the progress made thus far and upcoming actions for further capacity improvement, Tesla expects that the Model 3 production rate will climb rapidly through Q2. Tesla continues to target a production rate of approximately 5,000 units per week in about three months, laying the groundwork for Q3 to have a long-sought ideal combination of high volume, good gross margin and strong positive operating cash flow. As a result, Tesla does not require an equity or debt raise this year, apart from standard credit lines.

Tesla notes its delivery count should be viewed as slightly conservative, as it counts a car as delivered if it is transferred to the customer and all paperwork is correct. Final numbers could vary by up to 0.5%.

Notably, the company says vehicle deliveries represent only one measure of Tesla’s financial performance and should not be relied on as an indicator of quarterly financial results, which depend on a variety of factors, including the cost of sales, foreign exchange movements and mix of directly leased vehicles.