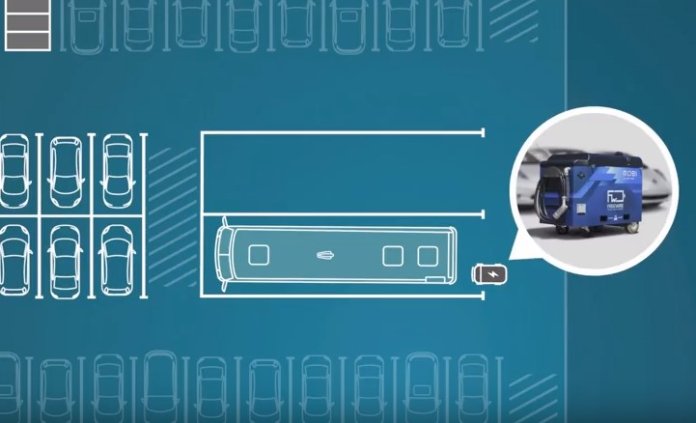 The units, powered by solar, can move to where they are needed by using artificial intelligence, Sprint Internet of Things (IoT) technology and the Sprint 5G mobile network. Sprint expects the robots to arrive in New York City starting in the first half of 2019.

“We are thrilled to demonstrate just how an intelligent robot like Mobi will dramatically reduce CO2 emissions across New York City by making electric vehicle use more practical,” says Ivo Rook, senior vice president of IoT at Sprint. “AMG’s impressive self-driving and positioning will come alive through Sprint IoT technology and the next-generation Sprint 5G mobile network we are building – allowing it to travel to parked vehicles across the city. The current reality of vehicles taking turns at electric charging stations is just not efficient and slows the real-world adoption of EVs. We believe that this is the ultimate solution for a cleaner, healthier New York City.”

The tests will use Sprint’s LTE network in advance of the company’s launching the first 5G mobile network in the U.S next year. New York City was named among the first nine cities in which Sprint will launch the network.