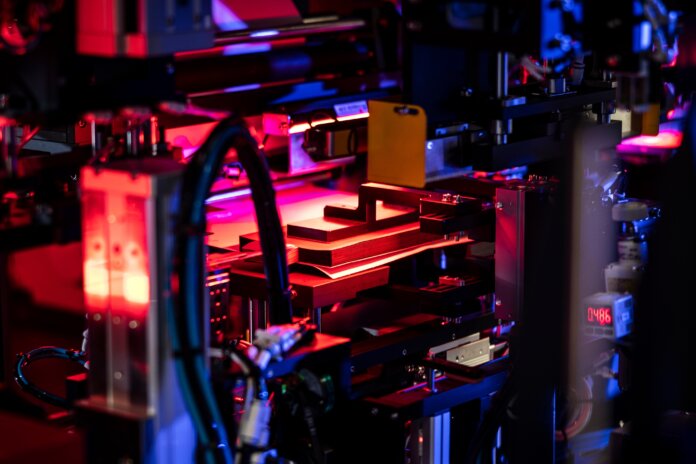 Solid Power intends to produce silicon EV cells for internal testing before delivering cells to its automotive partners BMW and Ford to kick off automotive qualification testing, which is planned for the end of the year.

“Solid Power is encouraged by taking this next step on its automotive qualification roadmap,” says Doug Campbell, CEO of Solid Power. “The installation of this EV cell pilot line will allow us to produce EV-scale cells suitable for initiating the formal automotive qualification process. Over the coming quarters, we will work to bring the EV cell pilot line up to its full operational capability and look forward to delivering EV-scale all-solid-state cells to our partners later this year.”

Solid Power’s Silicon EV Cells are designed to power longer-range, lower-cost and safer electric vehicles. By using over 50% active silicon in the anode, Solid Power has designed the cell for increased energy density, which is expected to correlate to longer driving ranges to address range anxiety – a key barrier to mass EV adoption.

“With the EV cell pilot line now installed, our next big challenge is commencing production at scale and building cells that meet the requirements necessary for us to enter into automotive qualification later this year,” states Derek Johnson, COO at Solid Power.

Solid Power expects to be able to optimize its Silicon EV Cells for capacities ranging from 60 to 100 Ah. The company expects this flexibility to allow Solid Power to meet its automotive partners’ specifications, while allowing for additional partners with distinct design specifications.