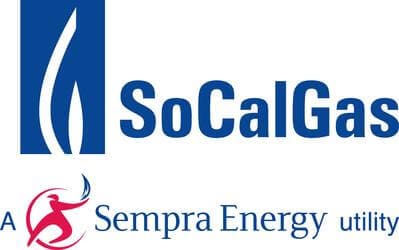 California-based utility Southern California Gas Co. (SoCalGas) has announced it is partnering with a development team to advance a new process that converts natural gas to hydrogen, carbon fiber, and carbon nanotubes. The utility says the low-emission process, selected for funding by the U.S. Department of Energy’s (DOE) Fuel Cell Technologies Office (FCTO) within the Office of Energy Efficiency and Renewable Energy (EERE), will create both hydrogen that can be used in fuel cell vehicles and industrial processes, as well as carbon fiber used in applications from medical devices and aerospace structures to building products.

SoCalGas says the goal of the partnership, led by C4-MCP LLC, a Santa Monica-based technology start-up, is to offset the hydrogen production expense with the sales of the carbon fiber and carbon nanotubes, reducing the hydrogen’s net cost to under $2 per kilogram, thus helping make hydrogen-fueled cars and trucks cost-competitive with conventional gasoline and diesel vehicles. In addition, the utility notes this technology will virtually eliminate CO2 emissions from the methane-to-hydrogen process. These efforts support FCTO’s focus on early stage research and development to enable innovations to be demonstrated and to help guide further early stage research strategy.

The technology commercialization team includes SoCalGas, C4, Pacific Northwest National Laboratory (PNNL), a U.S. Department of Energy national laboratory located in Richland, Wash., and West Virginia University (WVU). As a result of the DOE selection, the team will negotiate a cooperative research and development agreement (CRADA) consisting of $375,000 in prior-year DOE funding and a $375,000 co-funding contribution from C4 and SoCalGas. The CRADA will fund PNNL and WVU to develop the technology.

“This technology takes methane, turns it into a zero-emission automotive fuel – hydrogen – then uses the carbon captured in the process to make the strongest possible materials to be used in high-tech manufacturing,” explains Yuri Freedman, SoCalGas senior director of market development. “Further advances in development of this technology will bring about a unique and potentially revolutionary combination of environmental, manufacturing, and economic benefits.”

“The research will lead to transformative advancement in science and engineering, in addressing not only climate change issues but also energy inefficiency issues in natural gas conversion to value-added products,” says WVU Statler Chair Engineering Professor John Hu. “WVU will work closely with the team to carry out laboratory research in developing the catalyst and process for the conversion of natural gas to crystalline carbon and hydrogen.”

“We are excited to study in more detail and further develop the catalytic process, understand the characteristics of the carbon that is produced, and to help figure out how to economically scale up the process for commercial implementation,” says PNNL project manager Robert Dagle. “PNNL will also perform a techno-economic analysis for the process to be developed. Since the precursor for making carbon fiber today is expensive, it is intriguing to think about starting with natural gas and consider the carbon product possibilities.”

“We are very pleased to be working with SoCalGas, PNNL, WVU, and DOE to commercialize these exciting and leading-edge carbon-to-value technologies,” says Jim McDermott executive chairman of C4-MCP. “As the world strives to find new and innovative ways to simultaneously grow and lower CO2 emissions, working with SoCalGas and the national labs is both an honor and privilege.”

While carbon fiber and its uses are well-known, carbon nanotubes (CNTs) are viewed as a big leap forward in materials science and engineering because they have tensile strength and stiffness many times that of carbon fiber, according to SoCalGas. The global CNT market was estimated at approximately $3.5 billion in 2016 and is expected to increase to $8.7 billion by 2022 with robust growth rates over 17% annually, according to experts at the utility.

The partnership will develop an advanced methane reforming process based on a new catalyst used to make CNTs, recently discovered by Hu. The new catalyst system promotes “base growth” carbon nanotube formation rather than “tip growth,” the current technology. Base growth formation enables the catalyst to regenerate while also creating a highly pure and crystalline carbon product. In addition, the reaction conditions can be optimized to tune the diameter and length of the CNTs produced.

The new catalyst and technique will be further developed and evaluated at both WVU and PNNL.