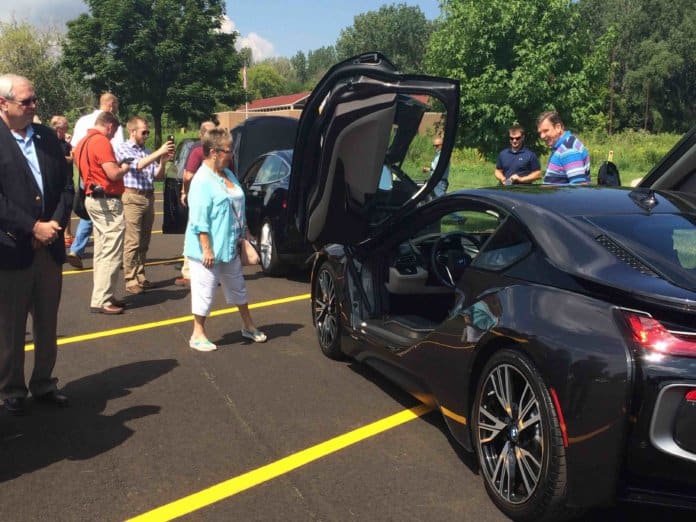 A partnership between the American Lung Association and Clean Cities coalitions in seven regional states, the Midwest EVOLVE project emphasizes the clean-air advantages, cost-savings and fun of plug-in electric and hybrid vehicles. The vehicles are being showcased at community events and ride-and-drives in Illinois, Indiana, Michigan, Minnesota, North Dakota, Ohio, and Wisconsin.

“What we find is that people have a lot of preconceptions about electric cars,” says Lisa Thurstin, a senior manager with the American Lung Association, which oversees Midwest EVOLVE. “Many people don’t know much about these vehicles. That lack of knowledge and driving experience is a barrier. The events we’re hosting have helped to educate consumers about finding a vehicle that fits their needs and taught the public about the ease of charging vehicles at home, at work, or at public charging stations.

“So far, thousands of people have received a chance to take test drives of plug-in vehicles at our Midwest EVOLVE events,” adds Thurstin, who assembled the team of Clean Cities coalitions that partnered on the EVOLVE project. “We have many more events planned for 2018 and 2019, including test drives at upcoming auto shows. The recent debuts of several vehicles with outstanding performance makes this a compelling time to drive electric, so make sure to visit our website for details about events we’re holding in 2018.”

The Lung Association and the eight Clean Cities coalitions are hosting more than 200 events, large and small, over a three-year period, in brand-neutral settings that will give Midwestern drivers an opportunity to get behind the wheel of EVs. The first events were held in spring 2017.