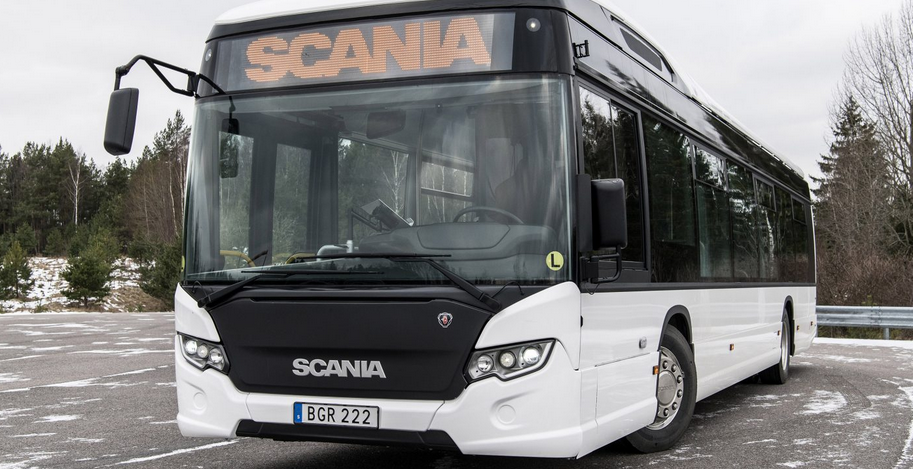 Scania, one of the world’s largest manufacturers of heavy-duty vehicles and engines, says it is beginning its first field tests of coming battery-electric buses in the northern Swedish city of Ostersund.

As reported, three Scania Citywide LF buses will be in operation by the end of 2017, with an additional three buses added in early 2019.

“Ostersund, with its seasonal climate of cold winters and moderately warm summers, is the ideal location for testing performance in actual operations,” says Anna Carmo e Silva, head of Scania buses and coaches. “The trials constitute the initial stage in the ongoing development of battery-electric buses.”

“By adding battery-electric buses, we will further strengthen our focus on sustainable transport and complement this broad range with buses particularly for inner-city operations,” says Carmo e Silva.

Two new charging stations will also be built to supply the six buses at both ends of the 14-kilometer major bus line. With 10-minute charging, buses will run every 15 minutes for a total of 100 journeys each day.

“The introduction of battery-electric buses here is really exciting,” says project manager Anne Sörensson, City of Ostersund. “They will contribute to our aim of achieving fossil-free transport by 2030.”

The trials will be carried out in collaboration with public authorities, including the City of Ostersund and Region Jämtland Härjedalen’s Public Transport Authority, as well as the publicly owned energy supplier Jämtkraft. The buses will be operated by Nettbuss, a subsidiary of the Norwegian State Railways, NSB, which is the second-largest bus operator in the Nordic countries.