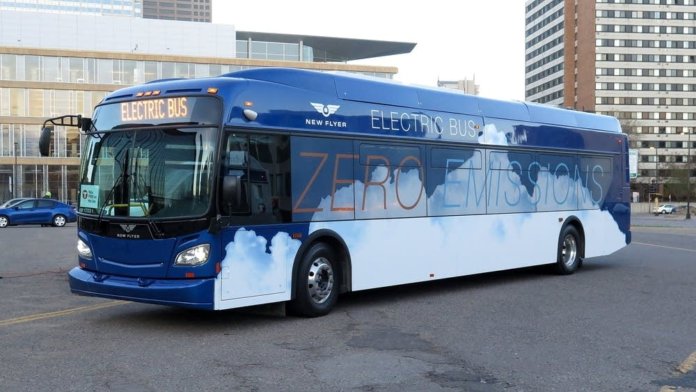 The total cost is estimated to be $6 million, and the buses are expected to arrive in mid-summer 2019, says MTS.

“This is a major milestone for MTS,” says Georgette Gómez, MTS board chair. “These buses will serve as the benchmark of MTS’ zero-emissions bus pilot program and continue moving the agency toward operating the cleanest-possible bus fleet.”

In October 2017, the MTS board directed staff to implement a zero-emission bus pilot program. As part of the pilot, MTS will purchase nine zero-emissions buses and use them on existing routes throughout San Diego for a period of two years. The pilot program will allow MTS to analyze vehicle performance, challenges and capabilities. Staff will analyze characteristics such as in-route vs. depot charging, climate, route profiles, passenger loads, operator performance and battery capacity.

The new electric buses will have a maximum range of 150-200 miles. The buses are equipped with 480 kW of stored energy and will be charged through individual depot chargers at MTS’ operating facility. The buses will have amenities such as on-board video surveillance systems, enhanced wheelchair restraint systems with forward-facing safety barriers and electric air conditioning.