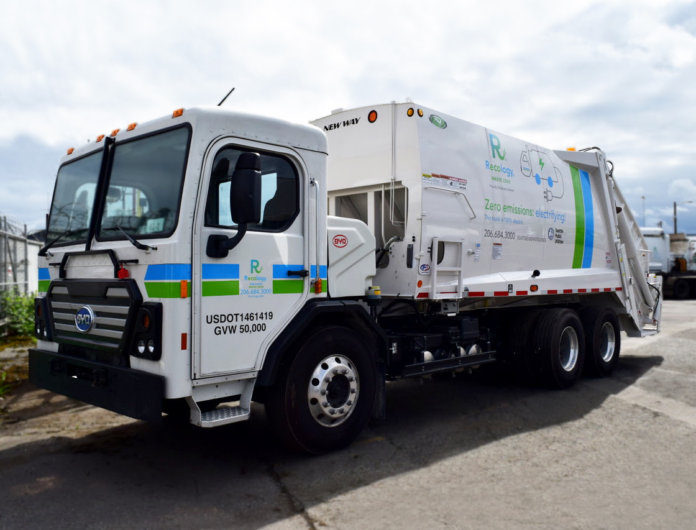 BYD has delivered what it claims to be Seattle’s first all-electric refuse truck.

The vehicle is now in operation with Recology, servicing the city of Seattle with solid-waste pickup. According to BYD, the truck also represents the first electric Class 8 rear loader in the U.S.

The vehicle features BYD’s 8R Class 8 fitted with a New Way Viper rear-loader refuse body. New Way manufactures a line of refuse equipment in Scranton, Iowa, including the Viper mid-compaction rear-loader bodies, which have an outside operating valve and cylinders.

“By partnering with the City of Seattle, BYD and New Way, we can be a catalyst to effect positive, sustainable change, setting the stage for what a 21st-century refuse truck should look like,” says Derek Ruckman, vice president and group manager for the Pacific Northwest at Recology.

“We’re proud to provide Recology and the residents of Seattle with the most advanced collection trucks in the world,” adds John Gerra, BYD Motors’ director of business development. “And with the outstanding support we received from New Way for its advanced rear-loader design, we are excited to build many more trucks together for the U.S. market.”