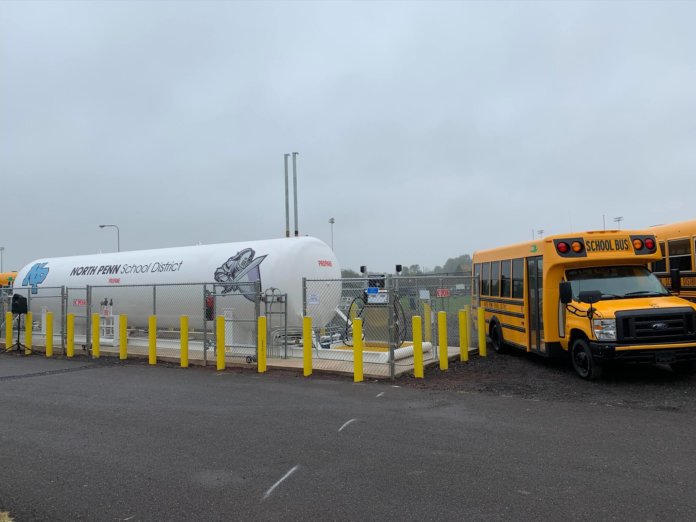 “Propane school buses make the most sense for us. Other types of alternative fuel school buses are cost-prohibitive and do not make sense for a school district our size,” says Angelo Tornetta, technician supervisor for North Penn School District. “Propane autogas operates clean and is much cheaper than diesel or compressed natural gas; plus, it costs less to maintain a propane school bus. So, it was an easy decision.”

The expansive district consists of 13 elementary schools, three middle schools, one high school and one credit recovery school. The district, which used Volkswagen Environmental Mitigation Trust funding to go toward the cost of the new buses, plans to purchase more propane buses with the money it will save in fuel and maintenance costs.

The district’s drivers have been impressed with the power of the new propane buses and the low noise of the engines.

“With a propane bus, I am able to monitor activity inside the bus much better than I’d ever been able to before,” says bus driver William Gottshall. “If something is going on inside the propane bus, I know about it immediately,”

Bus driver Kerri Neumeye adds, “The propane bus has excellent acceleration. When pulling into four lanes of busy traffic, you want the extra power this bus has.”