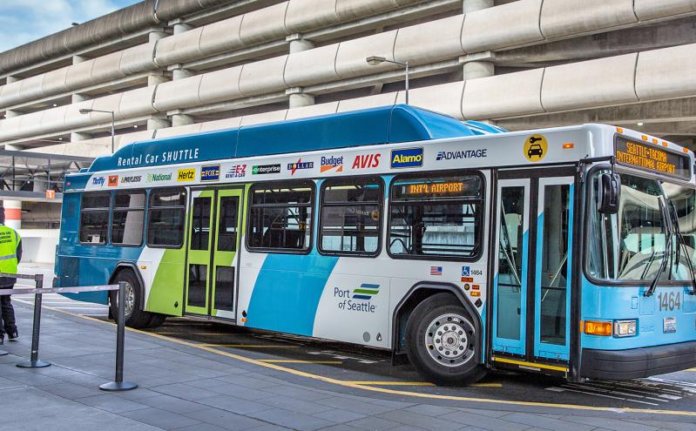 The RFP was released on Jan. 8, and responses are due April 12. The port expects to review submissions and award a contract in late 2019.

“The port can play a major role in creating a renewable natural gas market because we offer a stable, long-term use of gas,” says Arlyn Purcell, director of aviation environment and sustainability at the Port of Seattle. “If we can attract a project developer to supply the airport, this will spur more opportunities to feed the current gas pipeline with RNG rather than have landfills or digesters flare the gas on-site or allowing their methane emissions to escape into the air.”

The Port of Seattle has adopted aggressive greenhouse-gas (GHG) reduction goals under its Century Agenda. It aims to reduce GHG emissions from its own operations 50% from 2005 levels by 2030 and to be carbon-neutral or carbon-negative by 2050. Replacing fossil natural gas with RNG would put it ahead of the 2030 goal and well on the way to achieving the 2050 goal, the port says.

In addition, the Port of Seattle’s top legislative priority is advocating for a clean fuel standard for the state of Washington in the upcoming legislative session. Currently, the port and its tenants are at a competitive disadvantage compared to California and Oregon, where renewable energy sources for transportation, including sustainable aviation fuel, enjoy a more robust market due to the support of state-level clean fuel standard policies, the port claims. Without these policy incentives in place, potential developers are less likely to produce and sell renewable fuels to the Washington state market.

How much the project will cost or where the RNG would be sourced from will depend on the proposals, the port notes. If proposers offer a full replacement of the port’s natural gas supply, it will result in GHG emissions reductions of 18,000 metric tons per year, the port estimates.

Back in 2014-2015, the port was able to obtain some RNG for use in its compressed natural gas bus fleet, but this supply was not via a long-term contract and was quickly lost to the California market, where the financial incentives for using the gas are higher.

More information on the RFP can be found here.