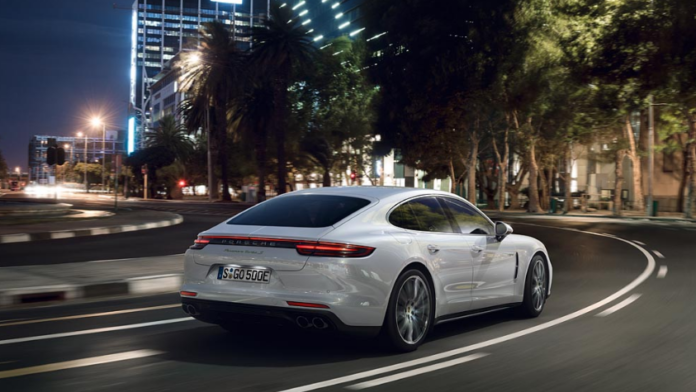 According to the automaker, this is the first hybrid flagship for one of its model lines.

After the debut of the Panamera 4 E-Hybrid – which uses a twin-turbo V6 engine combined with an electric motor – Porsche believes the Panamera Turbo S E-Hybrid is “another compelling demonstration of the performance advantages of hybrid technology.”

According to a prior announcement from Porsche, the plug-in electric vehicle (PHEV) starts in the purely electric “E-Power” mode as standard, driving locally over a distance of up to 50 kilometers with zero emissions. When a specific pressure point is passed in the accelerator pedal, or when the battery charge level drops below a minimum value, the Panamera switches to “Hybrid Auto” mode, at which point the power of both engines is available.

According to Porsche, the 2018 Panamera Turbo S E-Hybrid is expected to reach U.S. dealers by the end of this year. The PHEV will also be offered in an “Executive” version with a 5.9-inch-longer wheelbase.

The automaker will be introducing several other vehicles at the show, as well, including the Panamera Sport Turismo.