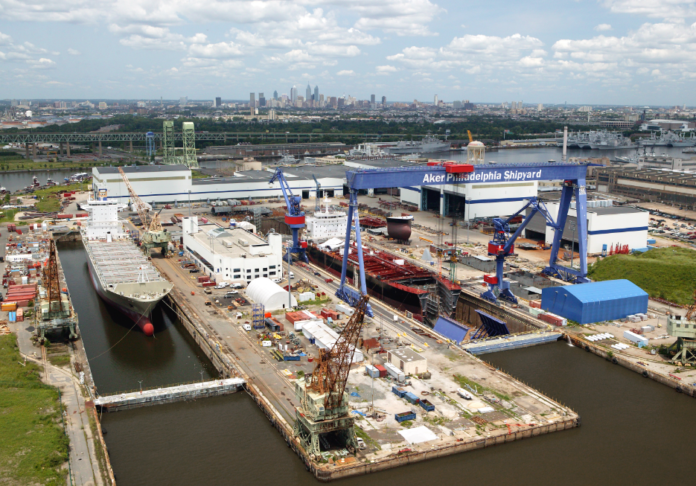 Philly Shipyard Inc. (PSI), a wholly owned subsidiary of Philly Shipyard ASA, has initiated construction of up to four new, cost-effective and liquefied natural gas-powered containerships with deliveries in 2020 and 2021.

In addition, PSI is actively promoting the formation of a new entrant into the containership trade between the U.S. mainland and Hawaii to operate these vessels.

Currently, this trade route is serviced by only two carriers and is reliant, in part, on a group of near end-of-life steamships.

PSI is presently engaged in discussions with a major U.S. shipping operator about establishing a new, financially strong carrier with a fleet of modern vessels to be built by PSI to support commerce between the U.S. West Coast and Hawaii.

“We are excited to get started on building a new fleet of containerships for a new carrier in the Hawaii trade and are pleased to have received such positive feedback from well-known U.S. marine players and financing sources,” says Steinar Nerbovik, PSI’s president and CEO. “We believe local communities can benefit greatly from the safe and reliable service provided by our modern, efficient and ‘green’ ships.”

When strict MARPOL/ECA emissions regulations take effect in 2020, several of the older steam-powered vessels serving the Hawaii trade route today will be out of compliance without substantial, costly modifications. Even if these aging steamships are modified, the company explains, they would be less reliable and carry significantly higher operating costs than modern vessels in areas such as fuel consumption and manning and maintenance requirements.

As reported, the vessels are being designed to address the present market trends for larger-sized containers, faster transit times and LNG fuel. PSI says it has initiated placing orders and making financial commitments on long-lead items.