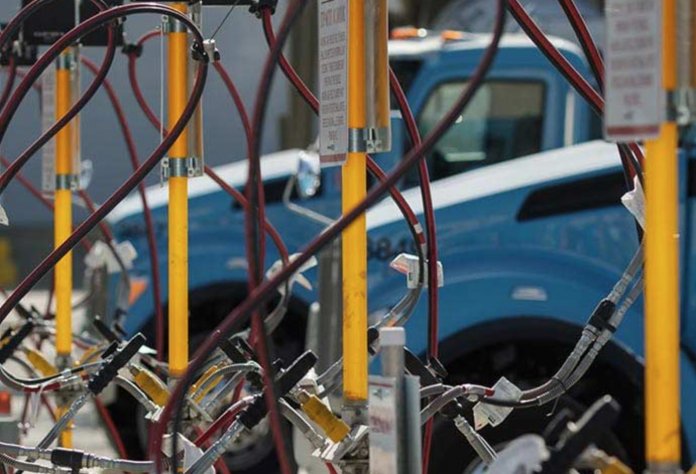 Developed by Adsorbed Natural Gas Products Inc. and Ingevity, the ANG system is made possible by the unique performance of Ingevity’s Nuchar activated carbon, which significantly lowers the natural gas storage pressure, reduces the system’s complexity and captures the environmental benefits and cost savings of natural gas when used as a transportation fuel.

Ozinga Energy has purchased an ANG-equipped Ford F-150 and installed a dedicated, low-pressure fueling appliance at its headquarters in Mokena, Ill. Already a strong supporter of alternative fuels, a large majority of Ozinga’s fleet of concrete trucks operate on compressed natural gas (CNG). The company provides public-access CNG fueling for heavy-duty trucks at six stations throughout Illinois and California, and plans to evaluate the ANG technology to further expand its alternative fuel strategy to its fleet of light-duty trucks.

“We are excited to demonstrate the value of ANG and are also interested in adding more ANG trucks to our light-duty fleet, as well as the potential for future alternative-fuel growth opportunities for our business,” says Jeff Bonnema, vice president of fleet management at Ozinga.

ANG enables a natural gas fueling solution for light-duty vehicles like pickup trucks, SUVs and service vans: a segment that has traditionally been underserved by alternative fuel options. ANG is 50% less costly to operate than a gasoline-only vehicle, increases natural gas usage for a gas utility by over 60% and reduces greenhouse gas emissions by 25% compared to similar gasoline- and diesel-equipped vehicles.