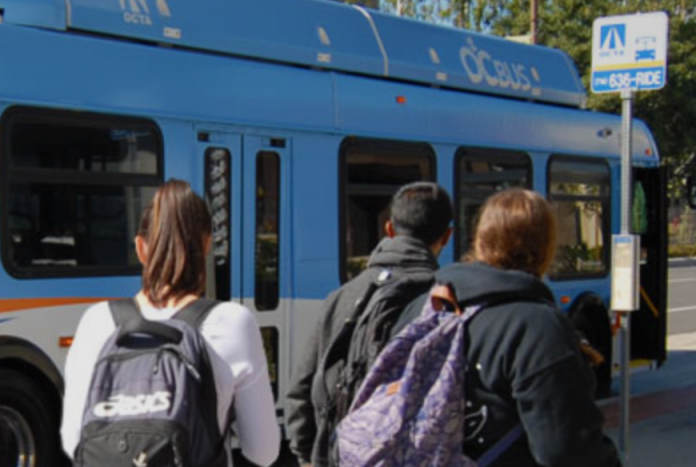 The Orange County Transportation Authority has taken another important step toward zero-emission transportation technology for a balanced and sustainable future by approving a request for quotes to purchase 10 plug-in battery electric buses.

“We continue to lead the way toward a cleaner and greener future that will provide reliable transportation while producing zero emissions and making the air we breathe even cleaner,” says Steve Jones, OCTA Chairman and Mayor of Garden Grove.

The pilot program for the 10 plug-in battery electric 40-foot buses comes in the wake of OCTA’s debut earlier this year of 10 new hydrogen fuel-cell electric buses.

Those hydrogen fuel-cell buses, which also create zero emissions, began operating in January, when OCTA debuted the nation’s largest hydrogen fueling station at its Santa Ana base. In all, it represented a $22.9 million investment. More than half of that funding – $12.5 million – came from California Climate Investments, a statewide initiative that puts billions of cap-and-trade dollars to work reducing greenhouse gas emissions, strengthening the economy and improving public health and the environment – particularly in disadvantaged communities.

Testing both hydrogen fuel cell and plug-in battery electric buses will allow OCTA to collect valuable data on how the buses perform on Orange County streets and to determine which technology – or the best mix of technologies – to pursue moving forward.

The effort aligns with California’s Clean Transit Rule, a first-of-its kind regulation in the U.S. that sets a goal for public transit agencies to gradually transition to 100% zero-emission bus fleets by 2040. The Clean Transit Rule is part of the state’s comprehensive program helping to achieve California’s air quality and climate goals.

Requests for quotes are due this summer. The plug-in battery electric buses are expected to begin operation in Orange County in late 2021.