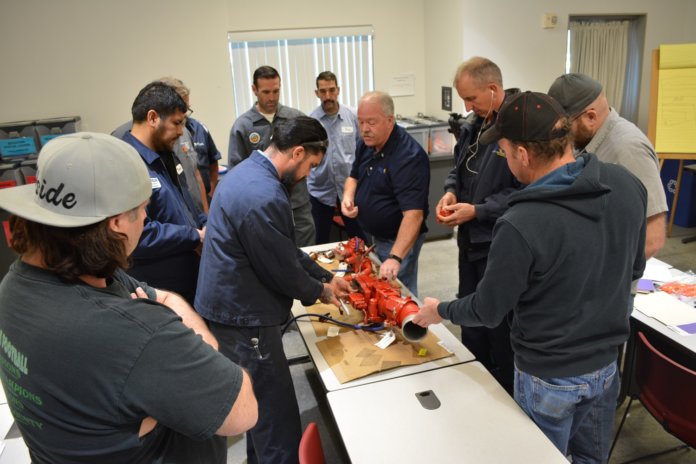 Natural Gas Vehicle Institute (NGVi), a provider of technical training and consulting for the NGV industry, is celebrating its 30th anniversary.

The organization was founded in 1989 by Leo and Annalloyd Thomason and has sincw grown from a small consulting practice into an internationally recognized NGV training and consulting firm. NGVi says it has trained more than 22,000 technicians and technical professionals in the U.S. and worldwide, as well as specified and developed some of the largest and most reliable CNG fueling stations in the U.S.

Consulting with California natural gas utility companies that were beginning to seriously pursue the NGV market in 1990, the Thomasons formed and incorporated the California NGV Coalition, where Leo Thomason served as its executive director until 1993.

In 1991, NGVi expanded into the NGV training arena and received an NGV Coalition (now NGVAmerica) Achievement Award in 1992 for its first major training event.

Building on steady growth over the next decade, by 2000, NGVi launched the industry’s first CNG Fuel System Inspector Training. This course not only became the most popular course among NGV fleets nationally, but also won the National Excellence in Training Award in 2012 from the Automotive Training Managers Council (ATMC).

Focused on setting the quality standard for NGV training, in 2013, NGVi became the only training provider in the alternative fuels industry to become ASE-accredited. The rigorous accreditation process included an extensive peer review of training courses, student assessment methods, validity of curriculum and material, administrative processes and instructor qualifications by the ATMC.

“Our 30-year anniversary marks an important milestone for the company – not only as we look back on our growth and accomplishments, but also the relationships we have built with customers and partners, as well,” says Leo Thomason, executive director of NGVi. “We would like to thank everyone who has supported us in our growth.”

“Our consistent mission is to treat every client as our only client,” adds Annalloyd Thomason, general manager of NGVi. “There are no ‘cookie-cutter’ solutions here, and we are committed to giving each customer the support necessary to meet their unique needs, whether that is consulting on a specific CNG station or facilities project or developing a training solution that qualifies their employees to perform their duties. We believe that’s why we have succeeded in this business for 30 years.”