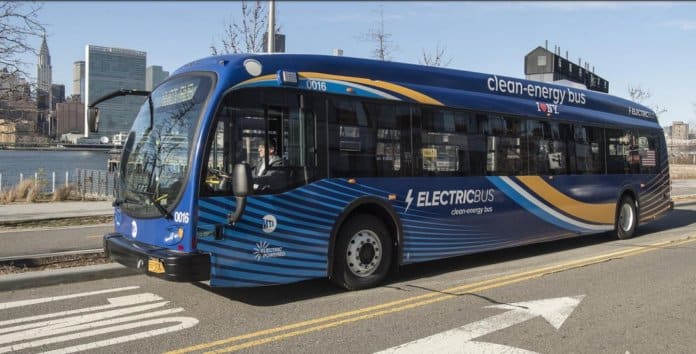 Gov. Andrew M. Cuomo, D-N.Y., has announced the start of a three-year pilot program for 10 all-electric buses with the goal of reducing emissions and modernizing the Metropolitan Transportation Authority’s (MTA) bus fleet. Using lessons learned from the initial phase of the pilot, the MTA intends to order an additional 60 all-electric buses.

According to a press release from the governor’s office, timing of the larger order will be dictated by the buses’ performance during the initial phase of the pilot. The new zero-emission, all-electric buses support environmental sustainability, are quieter than traditional buses, and will feature amenities such as Wi-Fi and USB ports to enhance customer experience.

“As we overhaul and reimagine the MTA, we have an opportunity to not only modernize our bus fleet but to also reduce emissions that impact the environment and public health,” says Cuomo. “This new program helps the MTA secure a cleaner and greener future while leveraging the latest in innovative advancements to push New York’s transit systems into the future.”

In addition to testing the new electric buses, the release notes, MTA has ordered 110 new compressed natural gas (CNG) buses to operate across the Bronx and Brooklyn between now and the first quarter of 2019. The 60-foot articulated CNG buses will refresh a portion of the existing fleet of 781, 40-foot CNG buses, taking the oldest buses out of service and adding capacity. CNG buses are cleaner burning and have lower particulate emissions than diesel buses, the release says.

After a study of best practices from systems across the U.S. and around the world, the MTA identified two vendors to manufacture a total of 10 all-electric buses, which were leased for test and evaluation over a period of three years in the New York City operating environment. The first of those vendors, Proterra, was selected to provide five over-night charging electric buses, which will be operated on routes including the B32 in Brooklyn and Queens. The second vendor, New Flyer, will provide five buses that will be operated on the M42 and M50 routes in midtown Manhattan. The three-year leases also include charging stations. 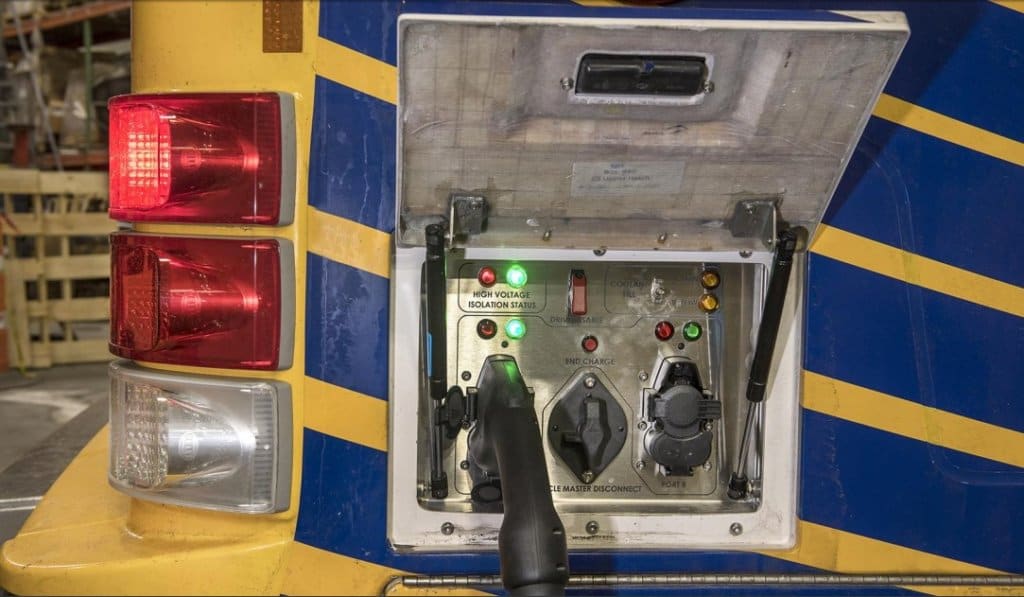 MTA Chairman Joseph J. Lhota says, “As a hub of business and transportation, New York City is an ideal proving ground for both electric buses and the charging technology. As we continue to modernize our public transit system, the MTA looks toward a more sustainable future by continuing to reduce greenhouse gas emissions and innovating in all of our operations.”

MTA Managing Director Ronnie Hakim adds, “This pilot is part of our overall mandate to modernize our bus fleet – whether it’s the latest in electric vehicle technology, state-of-the-art advancements like pedestrian turn warning, traffic signal priority or advanced security systems, investing in our bus infrastructure is a top priority for the MTA.”

In preparation for the pilot, the MTA conducted a four-year study of global best practices for electric buses. The process included a review of reports from systems in Europe, Asia, and South America; involvement in industry groups such as the Electric Power Research Institute, the Society of Automotive Engineers and the American Public Transportation Association; in-person visits and consultations with transportation authorities in London, Geneva, Chicago, Philadelphia, Seattle, Los Angeles, and Montreal; and testing and inspections of buses from a variety of suppliers.

According to the release, the pilot program is intended to provide the MTA and manufacturers of electric buses with actionable data on what works best in New York’s metropolitan environment. The MTA will use the results from the pilot to refine and develop bus specifications for future electric bus procurements to ensure buses are fully able to meet the rigors of operating in New York City. As a result, the release notes, initial lease and evaluation of buses does not eliminate any other builders from future competitive procurements.

Under Cuomo’s direction, New York is attacking climate change by moving the transportation system from high-emission fossil fuels to electricity, provided increasingly by renewable power, according to the release. Last week, the 2018 State of the State announced that the state would invest funds from the Volkswagen settlement in supporting the transition to electric mobility, including electric buses, and that it would support increasing the number of publicly available electric vehicle charging stations to 10,000 by 2021.