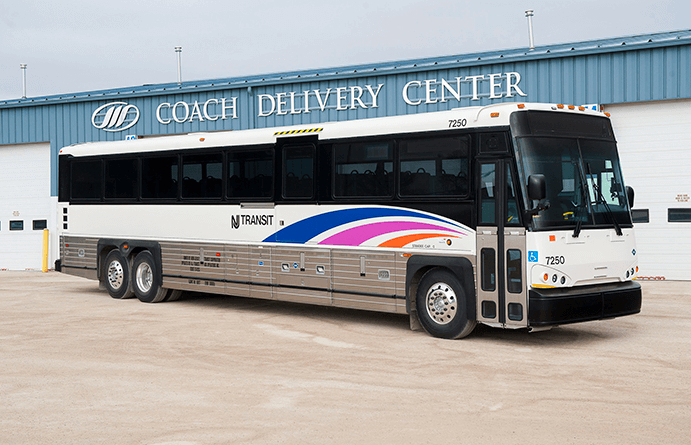 Motor Coach Industries (MCI), a subsidiary of New Flyer Industries Inc., the largest transit bus and motor coach manufacturer and parts distributor in North America, has announced that NJ Transit issued a notice-to-proceed for the second year of its six-year contract to manufacture and deliver 185 clean diesel commuter coaches for an approximate total value of $92 million.

Powered by clean diesel, the MCI Commuter Coaches emit reduced emissions as required by the latest Clean Air Act amendments and feature a 57-seat configuration that is Wi-Fi-ready, seatbelt-equipped and compliant with the Americans with Disabilities Act.

As reported, MCI’s three-decade relationship with NJ Transit continued in November 2015 with the company winning a competitive procurement to manufacture and deliver up to 1,222 commuter coaches. After delivery of three pilot coaches and completion of NJ Transit in-service testing and evaluation passing, production for the first-year order began mid-year 2016.

While the contract was suspended for nearly three months awaiting the New Jersey Transportation Trust Fund to be resolved, MCI was able to adjust production schedules and deliver 96 commuter coaches to NJ Transit in 2016.

MCI says it delivered all year-one deliveries of 187 commuter coaches by the end of the first quarter of 2017 and will commence delivery of year-two coaches starting in the third quarter.

Operating a fleet of more than 2,200 buses covering some 255 routes, NJ Transit has purchased more than 2,000 coaches over three decades from MCI, including 147 compressed natural gas models in 2015.